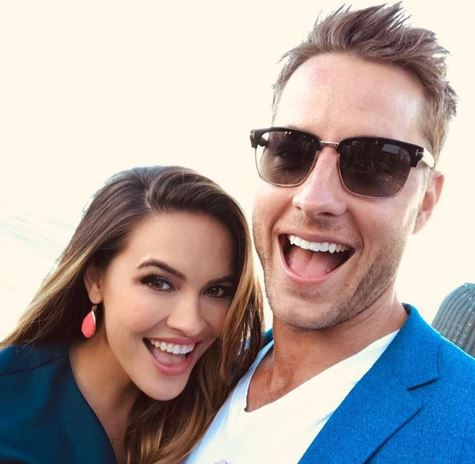 The Young & The Restless has confirmed it is recasting the role of Adam Newman, formerly played by Justin Hartley. It has been two years since viewers last saw Adam. He presumably died in a cabin explosion.  Adam might make a return to Genoa City and in the most shocking way. Could he be Katie’s friend in the walls and not JT after all? Only time will tell who might be Y&R’s new Adam.  Or if he could ever measure up to Hartley’s performance.

Congratulations to all the @sagawards nominees and winners. Great time celebrating with my fellow castmates, our writers, my beautiful wife, and some very cool fans. What a night!!! I love everyone!!

When Justin Hartley exited the series, it upset fans. They loved Hartley.  It cannot go without mentioning that in addition to his acting chops, Hartley is preternaturally attractive, which is always a benefit. Following his departure, Hartley wrote an open letter to fans, expressing his gratitude and citing his reason for leaving.  He left to pursue another project; This is Us which is now in its third season on NBC. Hartley also touts a strong social media presence, showing off his personal life, wife and fellow Y&R alum Chishell Stause. Hartley left undoubtedly large shoes to fill.  If there is to be a recast, it will have to be spectacular to satisfy the notably opinionated fanbase. Of course, others loved Michael Muhney.

Adam comes back from the (presumed dead)

Last time Adam appeared, he perished in a dramatic explosion. Did he escape?  Will he remember his former life in Genoa City or will there be a case of retrograde amnesia? It’s hard to say what the circumstances of the character’s return to screen might be.

A fan-theory suggests that perhaps the person who has been in the walls and communicating with Kate wasn’t JT at all but her uncle, Adam. Many also suggest that maybe the new casting already appeared on the screen. The viewers have been too distracted by the finale of the over-played JT plotline to notice him in plain sight.

This recast is also reflective of the ongoing tension in the writer’s room. Mal Young had a plan that would do away with a good deal of the legacy family drama on the show. What would Genoa City be without the quirks of the Abbots and the Newmans anyway? This plan would have left the return of Adam a moot point but Young has since been ousted and replaced with Josh Griffith who’s plotlines will begin airing in the coming weeks.  Adam is coming back and undoubtedly more drama for the Newman family. It is only a matter of time before viewers learn more about his fate and more importantly who was recast in the role.

Watch The Young & The Restless weekdays on CBS.