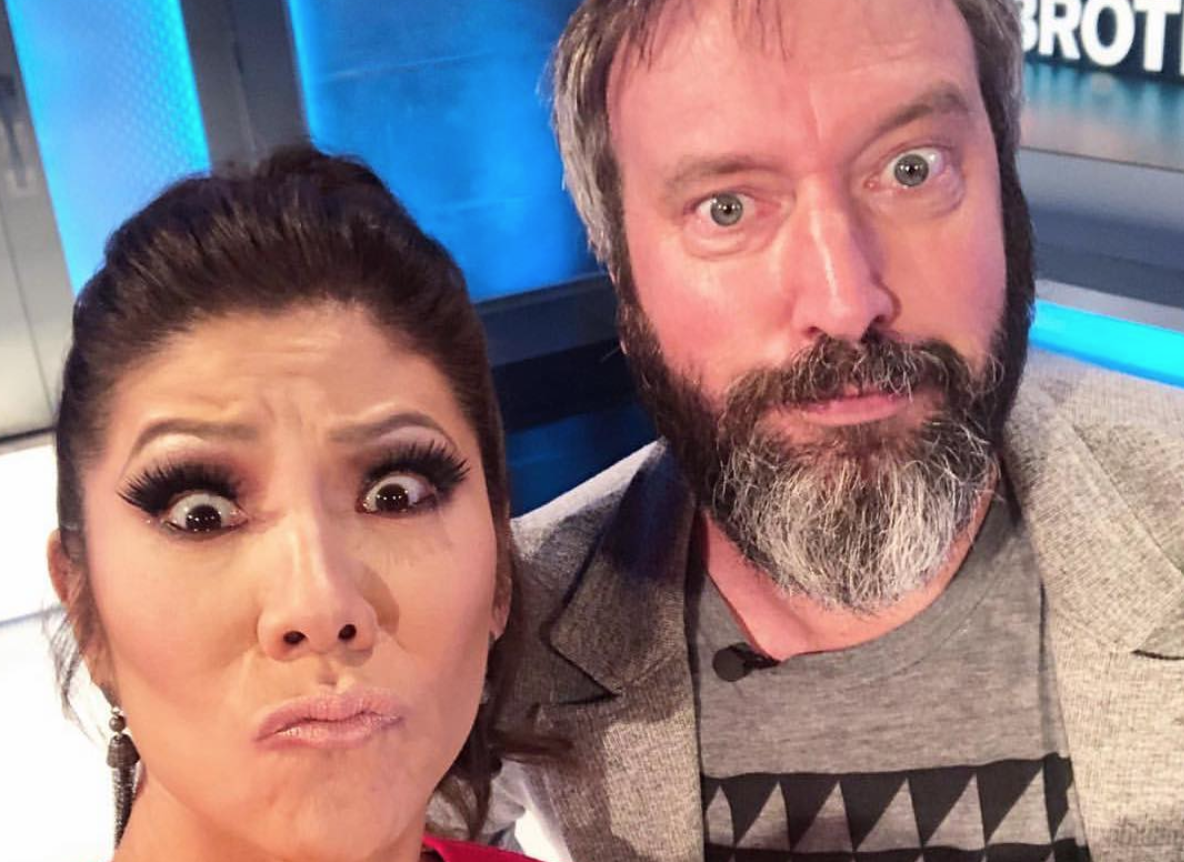 Tom Green was recently evicted from the Celebrity Big Brother house. His time on the show was full of ups and downs. Overall, he played a great and witty game. Now, he’s opening up with TV Insider about how he thought it went.

Tom Green created a few friends but a lot of enemies during his time on CBB. He played an unforgettable game, but ultimately got sent home anyway. Tom started by making an alliance with Kato. Their team name was pretty great, “Team Tomato.”

Tom continued to win competitions and dominate the house. Other houseguests ended up taking the lead in the end, but Tom is considered one of the strongest players in Celebrity Big Brother history.

“I’m starting to hear some of the things people are saying. I believe “competition beast” is one of the hashtags I’ve seen. That is pretty cool, because I did pretty well in those Veto and HOH competitions. I won four, so in a short season like that, it’s a pretty cool thing,” Tom told TV Insider.

Tom says he is proud of the game that he played, and it felt good to have it go like it did. He didn’t mind going home because he knew it felt right.

“I actually enjoyed going out in a blaze of glory like the way I did. I felt it was a nice time to leave,” Tom said.

Thank you @juliechencbs that was an amazing experience that I will never forget. I love playing @celebritybigbrothercbs #bigbrother #tomgreen #juliechen

Tom enjoyed his time in the house, but didn’t realize all the celebs would take it so seriously. He says the house was actually a really “volatile” place. All the other houseguests were very competitive and he didn’t expect that. To break that up, Tom threw in some humor. Occasionally dancing around the house and singing songs are all things Tom did when no one was around on Celebrity Big Brother.

What did Tom do when he got home?

Tom is back home again and he sounds pretty happy to be sleeping in his own bed again. Who can blame him? Sleeping in those rooms full of other people and cameras can’t be great.

According to Tom, the house was a ‘looney bin.’

“It’s a nice feeling. I’m at home in Los Angeles. I’m excited to be sleeping in my own bed and out of that loony bin”

Tom is spending his time now with his girlfriend who met up with him once he returned home. One great part though? He found Kato Kaelin once he got home.

We got together for about 45 minutes and had a chat about what we just experienced. I think we really have become quite close through this ordeal,” Tom said.

Hangin with @kato_kaelin at the mall! Everybody needs to watch @cbs_bigbrother tonight and the finale on Wednesday! Looking forward to finding out who gets evicted next! See you Wednesday! #cbbus2

Were you sad to see Tom Green go home? Let us know your favorite player this season in the comments!