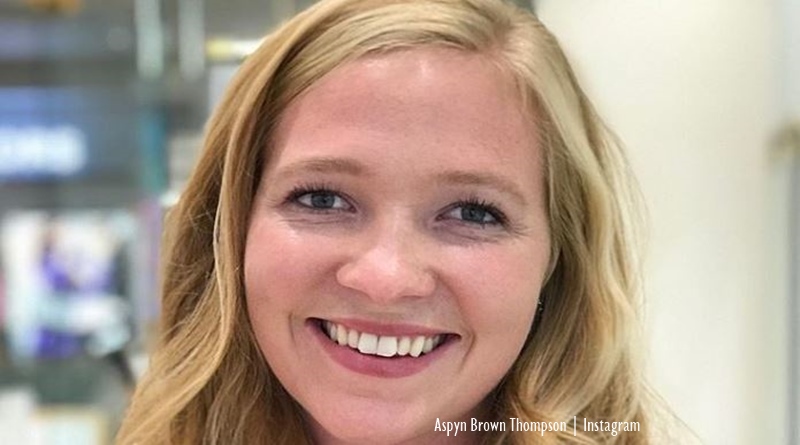 Sister Wives is currently airing, and the Brown family interact a lot with their fans. On Monday, Aspyn Brown Thompson chatted about a few things with her followers on Instagram. She revealed that she’s planning something for Valentine’s Day and later mentioned a career choice she’s considering. Initially, she posted up about the TLC show and how fans would get to see her wedding planning this season.

Taking to her Instagram, Aspyn, the daughter of Christine and Kody Brown, shared that she and Mitch celebrate two years together. Of course, that’s the time they’ve been together, not the time since they married in June last year. Actually, they married outdoors, with the reception held at the La Caille restaurant in Sandy, Utah. People reported at the time that, “the couple, who first met during a family party at her parents’ house, opted to go without a bridal party but still had Brown’s younger sister Truely as a page and Ariella as a flower girl along with Thompson’s 10 nieces.”

Aspyn reminded Sister Wives fans that they will see something of it during the season. In fact, she noted that she “felt it appropriate that tonight is the night you will all learn more about our engagement and see us look at wedding venues.” As she explained to some fans who asked, it’s not always easy to keep track because they only air the show once a year, and the events we see happened about a year ago.

Sister Wives Fans appreciate that Aspyn tries hard to answer questions, not something every celebrity does. When a fan asked if she planned anything special for Valentines Day, she told them yes. It seems she planned along with Mitch to do “a nice romantic at home dinner.” That sounds awesome for a young couple in love. And of course, we know that Aspyn enjoys cooking.

Actually, we saw her Instagram Story about how she loves the idea of writing down the recipes and then adding the memories of the event. Plus, she posted another photo of The Keepsake Kitchen Diary’s debut from the Thompson Kitchen. No doubt she will have a special recipe and memories to write for her romantic evening at home on Valentine’s this year.

Sister Wives fan @mamabirr asked Aspyn about her career, writing, “Are you still in school to become a teacher? You would make an amazing teacher. You always seemed so caring and sweet.” Aspyn’s reply indicated she’s not at school at the moment, but she did elaborate on her personal career preference. Actually, it looks like the caring sweet side could find a place to roost. In fact, she said she “will probably end up being a school counselor.”

What do you think of Aspyn ending up with a career as a school counselor? Do you think it suits her? What do you plan for Valentine’s? Do you think a nice romantic date at home with your loved one sounds awesome? Sound off in the comments below.

Remember to check back with TV Shows Ace often for more news about Sister Wives. The show airs currently on Sunday nights.