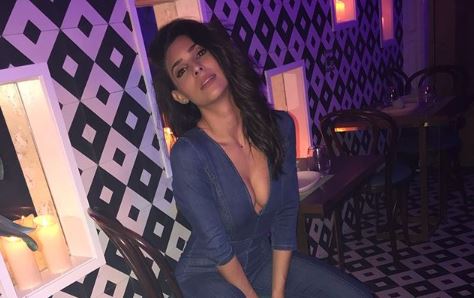 No one does love in the afternoon like Days of Our Lives. Leading up to Valentine’s Day, most of the couples in Salem are celebrating their love… or keeping a giant secret.

Here is what’s happening to your favorite couples this week:

Last week, a blast from John’s (Drake Hogestyn) past showed up in Salem when his old flame from the days he thought he was Roman Brady returned to town. Fans were first introduced to Diana Cooper (Judith Chapman) as Leo Stark’s (Greg Rikaart) mother, but it was quickly revealed that Diana Cooper is actually Diana Colville.

John immediately put two-and-two together and wondered if he was the father of Leo. He confided in the real Roman (Josh Taylor,) but is keeping the secret from his wife Marlena (Deidre Hall) until he knows the answer to Leo’s paternity for sure.

But will guilt cause him to spill the beans and ruin their Valentine’s Day plans?

The black sheep of Salem, Gabi Hernandez (Camila Banus) takes another step toward her soap opera redemption by distracting Leo so that his husband Sonny (Freddie Smith) can have a romantic night with his real love, Will (Chandler Massey.)

As viewers know, Leo blackmailed Sonny into marrying him despite Sonny being in love with Will.

Last week, Ben’s (Robert Scott Wilson) sister Jordan Ridgeway (Chrishell Stause Hartley) kidnapped Ciara (Victoria Konefal.) She took her to a remote cabin to “protect” her from Ben, who was falsely arrested for the crime. Ben is quickly released from jail and finds Ciara in the cabin that Jordan has set on fire.

Ben rescues her from near-death, which means only one thing in soapland – they make love for the first time.

(Speculation abounds on the internet that Jordan is actually the Necktie Killer, not Ben. Fans think it would be a perfect plot twist to redeem Ben)

Valentine’s Day is about more than just romantic love! Despite Jack (Matthew Ashford) not having any memory of his life or family, he has been bonding with his son JJ (Casey Moss.)

JJ confides in Jack about Haley (Thia Megia) being an illegal immigrant. JJ may regret trusting his father when Eve (Kassie DePaiva) encourages Jack to use the intel in his race for mayor against Haley’s sister, Melinda (Laura Kai Chen.)

Tune in this week to see if Jack betrays his son or keeps his secret.

Fans know that Chad (Billy Flynn) and Abigail (Kate Mansi) have been desperately searching for their kidnapped daughter, Charlotte. Jordan has kidnapped the baby to “save” her from Ben, who once kidnapped Abigail’s other child.

This week, Chad is able to find Charlotte and reunite her with Abigail. This turn of events, along with Julie’s prodding, allows Abigail to forgive Chad for locking her up in a mental institution when Gabi convinced Chad that Abigail’s alter was back.

As previously reported, the actors who play Chad and Abigail are leaving the show. Their last airdate is at the end of the month and this reunion gives way for them to leave town together.

You can watch it all the drama unfold on Days of Our Lives on NBC.