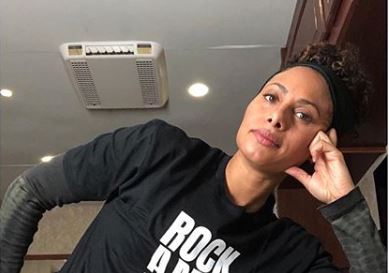 All week long, I anxiously await the next episode of A Million Little Things. I was thrilled when it was announced earlier this week on February 5th that it has been renewed for a second season. Now I have a few things I want to know.

In addition to suicide, depression, and cancer, this week’s episode revolved around something crazy that Regina’s uncle did to her when she was just 12-years-old and nobody knew about until now.

As soon as Regina got weirded out by the mention of her Uncle Neil, I immediately knew that she had been assaulted by him in some way. Regina’s mom did not take her side which is the reason for their rocky mother/daughter relationship. While the show has drawn out Jon’s troubled past and the Barbara Morgan storyline for a full season, I appreciate that Regina’s mystery was unveiled and dealt with all in one episode. Plus, Rome has agreed to get back on his anti-depressants. This is great news because he needs them, but wasn’t taking the meds.

We all need a Gary and Maggie in our lives. How amazing is it that Gary fell for a therapist as his friends’ lives were all going through such major turmoil. Also, Gary really goes above and beyond trying to take care of and protect those in his life.

“I don’t like anything that’s too good to be true,” Gary tells Andrew Pollack (played by handsome James Harden.)

Can we also just pause for a minute and think about all the incredible men that fall for Delilah? Jon, Eddie and Andrew. And that’s only in 14 episodes! Lucky lady! Because she is pregnant and Jon just passed away she is staying single, though.

Music to My Ears

I wish A Million Little Things could win an award for their music. The character duets (first Maggie and Gary singing “I’m Still Standing” and tonight the four of them singing “Downtown” on the way back from the hospital are so memorable, feel good and provide the perfect escape from the weighty subjects tackled. Like Rome, spinning is my cardio and I keep urging my instructors to have a Million Little Things theme ride. The soundtrack is available on Spotify and Apple Music.

A Look at Episode 16

This episode flew by. The first time I glanced at the clock, I was shocked there were only 10 minutes left. Prior to scenes from the next episode, I was hoping the February 14th episode would be lighter and focus much more on love and romance for Valentine’s Day, but it appears as if Katherine will be hurt in an accident.

DJ Nash cautioned that another main character would leave by the end of the season. Most viewers have been concerned that Maggie will die from cancer. I think Katherine will be the one to die. Her co-worker Hunter was already written off and I questioned that Katherine would never have any interactions with him in the office. Now it appears as if there will be no more scenes with Katherine in them after next week.

Looking ahead at next week, the voice who said Mom to “Mrs Nelson” (and probably Barbara Morgan) was Chandler Rigg who plays PJ (closed caption showed the voice as “Patrick;” could the J be short for Jon?) that Rome interacts with. It seems as if this really could be Jon’s son.

It also appears as if Season 1 will conclude in three weeks from now, on Thursday, February 28th, with resolutions to the million questions spurred by Jon’s suicide. Similarly, Season 2 will kick off with more suspense. “There will [be a new mystery], but I can’t tell you [what it is],” said new network chief Karey Burke to TVLine.

Make sure you don’t miss new episodes of A Million Little Things on Thursday nights.

Duggar Fans Appalled By Jason’s Response To Natural Disaster
‘LPBW’: Are Molly & Joel Silvius Closest To Jacob And Isabel Roloff?
Jessica Batten Of ‘Love Is Blind’ Gets Happily Ever After
‘GH’ Spoilers: Sonny Is Back And Furious, Limo Explodes Shakes Up PC
Moriah Plath Reveals True Feelings About Her Inked Body