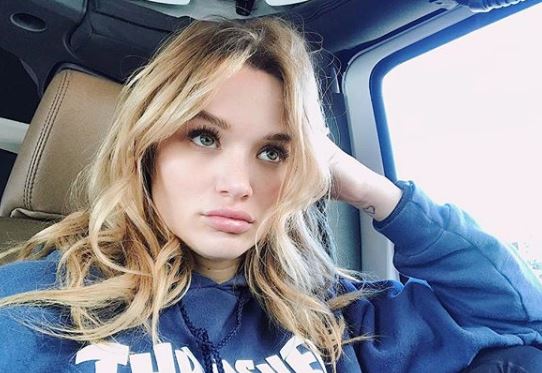 As fans of The Young and the Restless are well aware, the drama is never far from the surface in Genoa City.  Drama is certainly never far from Summer Newman who has been the subject of histrionics since her birth.  She is equal parts saccharine sweet and conniving. Many viewers say she is a favorite character to hate-watch.  Her monomaniacal, self-promoting streak frequently causes her anguish whether it is causing a fatal car accident while emotionally distraught, picking a bad-boy with a heart of fool’s gold for a husband or more recently in her brush with the law involving grand theft auto.  In spite of all this, she is back and ready to cause more chaos in her wake, and viewers wait with bated breath to see her next move.

Much like Scarlett O’Hara, she is seldom without a beau on her arm.  Her eyes are set on the likes of Kyle, who is currently involved with the angelic, Lola.  Summer will continue to make her moves on Kyle this week, finding herself worming her way into Kyle’s heart.  On the February 5 episode, Kyle’s buttons will be pushed by the seductive and single-minded Summer.

Frustration and attraction are but opposites sides of the same coin.  It won’t be long until Summer and Kyle find themselves feeling closer than they ever imagined.  Lola meanwhile, has already created an opening for this relationship, offering to Kyle that she knows Summer can provide him with things that she cannot.  The seed has been planted and by poor Lola herself, opening the door for Summer to scoop up the guy, and with very little effort on her part.

Can Lola win him over?

Lola was never a match for Summer, to begin with, she lacks the pluck, scrappiness, and most importantly mean-girl attitude that Summer possesses in spades. It was never a fair fight in the first place.  Lola is sweet and one-dimensionally so, and only a distraction for the real fight brewing.

Summer is really meant to go toe to toe with the resident baddie, Mia. Those two could have a catfight for the ages and here’s to hoping it happens soon.  They would create the perfect storm for a fight. Perhaps they could be even more dangerous as allies after all the enemy of an enemy is a friend.  Their respective m.o.’s are not far off either as Mia is currently pitting brothers Arturo and Rey against each other, not so different from  Summer casually mentioning a photoshoot Kyle was in that Lola didn’t approve of, all in order to cause chaos and for their own satisfaction of course.

Things are just getting started for our female antagonists on The Young and the Restless. 2019 might just turn out to be the year of the woman in Genoa City. Don’t miss new episodes weekdays on CBS.