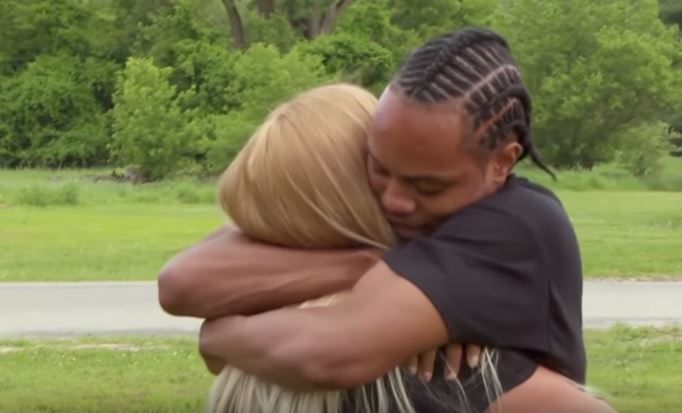 Love After Lockup couple Sarah and Michael are a bit of a mess. He was married to her, but also had a girlfriend. Michael made it pretty clear that he wanted to be with the girlfriend. Now, Sarah is hinting that she could be pregnant with Michael’s baby once again.

Sarah is now sharing hints that sound like she could be expecting another baby. If this is the case, she also made it sound like it could be Michael’s second child with her. So far, Sarah isn’t saying yes or no, but this is probably because she has a contract.

Recently, Sarah got in a bit of a feud recently on Twitter with Megan. This is the girl that Michael was dating while he was married to Sarah. Neither one knew about the other one. In this tweet, she said, “I am the victim and so are his kids.” As far as everyone else knew, they only had one child together. So does he have other kids he didn’t share about or did she mean she was pregnant?

Another tweet she shared also really had everyone wondering. It said, “Why do people think it just takes a woman to get pregnant?????” This is actually something she was saying to people who were giving her a hard time about getting pregnant. Then she went on to say “Smh. I had that man for years before we got pregnant the first time… and that was on purpose on BOTH ends. Ignorant.”

So you notice that she said before she got pregnant the first time. That has everyone thinking the Love After Lockup couple had another baby or have another one on the way. She did make it sound like it would be revealed in a couple of episodes. Sarah also said adoption and abortion were not options for her. It will be interesting to find out if this Love After Lockup couple is having another child.