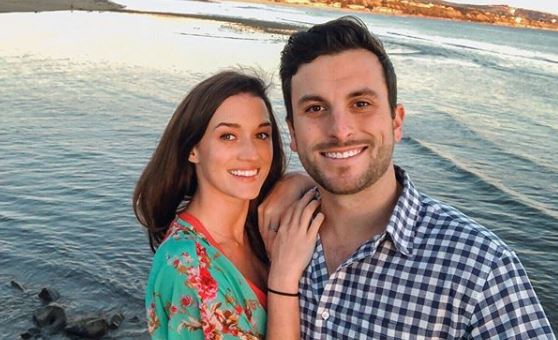 Just a few days after telling the world they were having trouble conceiving, Tanner and Jade Roper have announced a pregnancy. You have to wonder why this couple decided to put out this news just last week and then reveal the pregnancy news.

Tanner and Jade Tolbert went to her Instagram page to share the news that a second baby is on the way. The couple seems really excited about the news. The caption says, ” #2 is adding to our crew!! We are overjoyed our bundle of love will be joining us in August! We’ve been dreaming of you for a while now, and you are already loved beyond imaginable, sweet baby. ❤️” They haven’t shared the sex of the baby yet if they do know.

Baby #2 is adding to our crew!! We are overjoyed our bundle of love will be joining us in August! We’ve been dreaming of you for a while now, and you are already loved beyond imaginable, sweet baby. ❤️

This shows that this couple is already expecting their second child. That would mean that Jade isn’t very far along yet, but that they also knew they were expecting last week. That was when they told the world that they were having trouble conceiving. It is a bit odd they put that out already knowing.

Jade and Tanner Tolbert tried to find love on reality television, but it didn’t work for them. They both tried once again by joining Bachelor in Paradise. That time around the couple found love with each other. They were pretty much together from the time the show started filming until he proposed at the end. They already have a daughter together, Emerson. The couple did share that it only took a couple of months to get pregnant with her.

This couple also just made a big move to California after living in Kansas City. They even built their own house in Kansas City but were ready for a change.

Are you surprised to hear that Tanner and Jade Tolbert are now expecting? Share your thoughts in the comments. Make sure you don’t miss new episodes of The Bachelor on Monday nights on ABC with Colton Underwood.