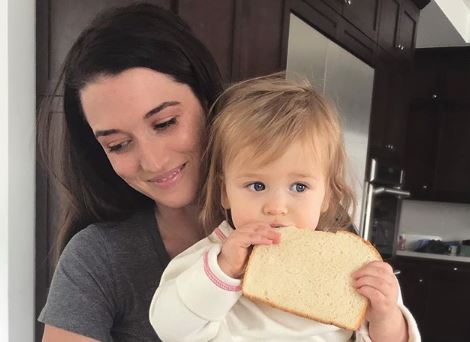 Tanner Tolbert from Bachelorette and Jade Roper from Bachelor have been married since 2016. They met on Bachelor in Paradise. A year into their marriage, they had their first baby, Emerson. Now, Emerson is one and a half year old. The couple is currently in the process of expanding their family. They just made a big move across the country as well.

These two stars have decided to open up about their difficulties getting pregnant again. Tanner Tolbert and Jade Roper have recently shared that they are trying to conceive for the second time. Unfortunately, it has not proven to be an easy journey. They are currently in their 9th or 10th month of trying to get pregnant.

According to Tanner Tolbert, they were able to get pregnant with Emerson within the first month or two of trying. That isn’t the case this time around, even though they thought it might be.

Tanner Tolbert and Jade Roper are so in love with Emerson. That’s likely why they want to add to their little family! It’s safe to say that these two have loved raising their daughter so far. They share all kinds of sweet pictures of her on their social media pages.

Tanner Tolbert isn’t too concerned yet

At this point, the couple doesn’t seem to think anything is wrong. Eventually, if they still can’t get pregnant, they may look into what’s going wrong. They have not seen a real reason to see what’s happening at this point.

According to Hollywood Life, Tanner Tolbert explained a potential problem, saying “I think that breastfeeding has something to do with it.” This could be preventing Jade Roper from getting pregnant because of the hormones. She is still breastfeeding Emerson, but that journey may come to an end soon, especially since they want another baby.

Tanner Tolbert also said, “I know it’s been wearing on Jade a little bit.” If it keeps bringing her down, we’re sure that the couple will take some time to investigate. This definitely seems like something that is very important to them.

Here’s hoping that Tanner Tolbert and Jade Roper will get that second baby soon. Do you think it’s going to happen? If so, do you think they will have to wait much longer? Share your thoughts below! Don’t miss watching new episodes of The Bachelor with Colton Underwood on Monday nights on ABC.