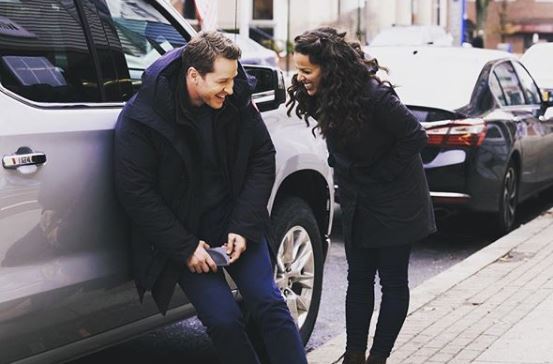 Manifest is still in the first season on NBC, but viewers are loving it. If you missed it on NBC, you can even check it out on Hulu. This show is a new concept where a group of people disappeared on a plane. They were assumed to be dead, but years later they reappeared not remembering anything that happened during that time. As they reunited with their families, viewers started to see this show was full of twists and turns.

Update on if Manifest will return

TV Series Finale was able to give an update on how things are going for the show Manifest. As of today, there is no answer yet if Manifest is coming back or not. After the show started, NBC ended up picking it up for three more episodes which is a good sign for it. They got sixteen episodes for Season 1.

The big issue right now is that the ratings started out really high, but they didn’t stay that way. As time has gone on, not as many people are watching the new episodes of Manifest. This could end up getting it renewed or canceled. For now, it seems totally up in the air. If more people continue to watch it, that can only help the cause of getting it renewed.

More turbulence tonight on an all new @nbcmanifest! #manifest

When does Season 1 end?

So far, 12 episodes of Manifest have aired and next week will be the 13th episodes of the show. It looks like the first season will come to an end at the first of March. It could be March 4, 2019, if they air a new episode every single week. If they end up skipping a week or two, it will be later in the month. Hopefully, not long after Season 1 of Manifest comes to an end the news about Season 2 will be revealed.

Are you hoping that Manifest comes back for a second season on NBC? Don’t miss new episodes on Monday nights. Things are getting really good and you will not want to miss if more answers come out before the first season ends.