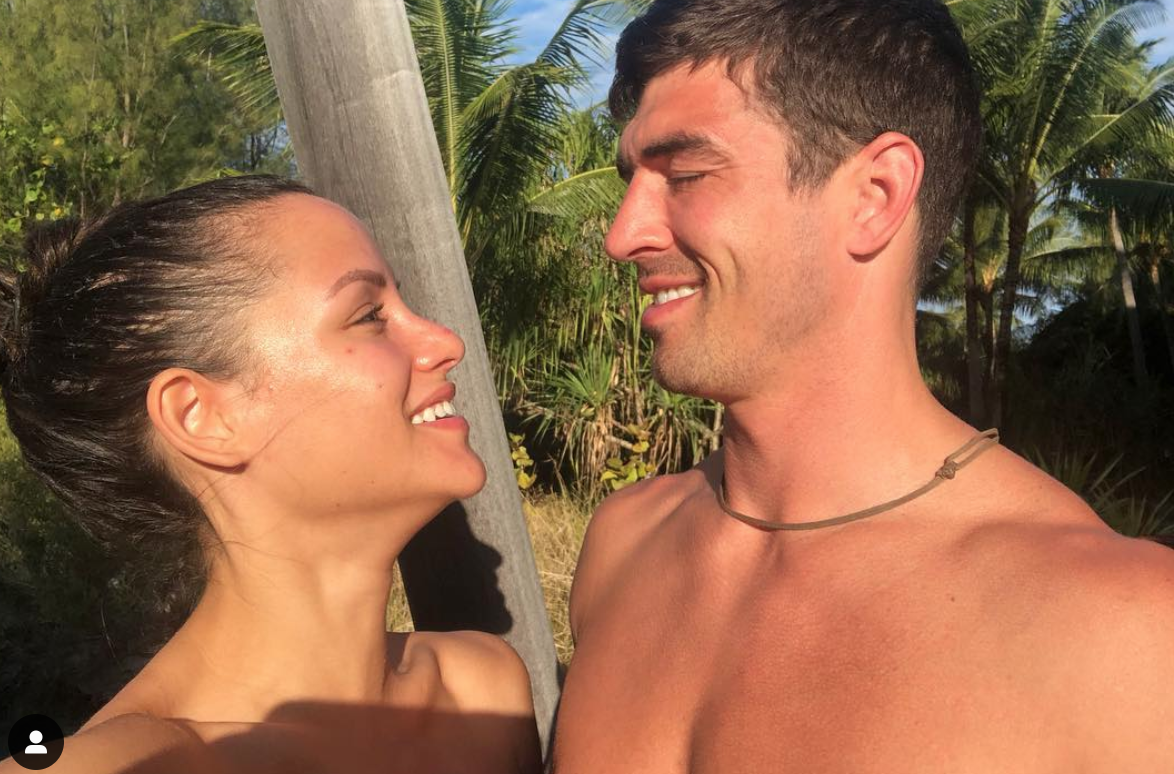 Cody Nickson and Jessica Graf struck quite the controversy last year on Big Brother. Many viewers and houseguests couldn’t stand the couple but that didn’t keep them apart. After leaving Big Brother, they went on to win The Amazing Race, get engaged, get married and announce they are having a baby. That’s quite the year for the power couple.

Jessica and Cody Nickson have announced they are expecting a baby girl coming spring of this year. The two seem to be pretty excited and it doesn’t sound like they will be stopping after baby number one. In addition to Cody’s daughter, Paisley, the two would like to have four children.

That’s a high number but apparently, it was even higher before Jessica talked Cody down. The couple told Entertainment Tonight exactly what he was thinking. Apparently, Cody originally wanted ten babies.

Having a Podcast has been SO much fun! We’ve been able to tell stories that we’ve never shared publicly, talk about insecurities and how we get through them, bring in friends to talk about day to day problems and even talk about Baby M and new projects like Couples Coffee! I’m really loving this new platform and I’m so grateful for everyone who’s listened! Share with me your “Brutally Honest Moment”. Tell me something you love or even something you don’t think works with the Now What?! show.

“I’m excited to meet her, I’m excited to see what she looks like, and her personality and if she’s got [Cody’s] eyes and my lips, or whatever it is. I’m just excited to hold her,” Jessica said.

What are Cody and Jessica doing with their time now that they are off of reality TV? They’ve taken advantage of that question and started doing a podcast called Now What?!

“It’s called Now What?! mostly because I think that’s, like, the number one question [Cody] and I have always gotten in our relationship … we got pregnant, and then there was this moment where we sat down, we were just kind of like, ‘OK, now what?’”

It’s great to see the couple so happy after the faced so much drama during the show. They aren’t the only Big Brother couple doing well. From the most recent season, Bayleigh Dayton and Swaggy C have bought their first home together. True love really does come out of showmances and these two couples have proven it.

Are you excited for Cody and Jessica’s baby, or are you still annoyed with how they played the game? Let us know what you think in the comments and be sure to watch Season 2 of Celebrity Big Brother. Just like the classic show, there’s plenty of house guest drama to go around.