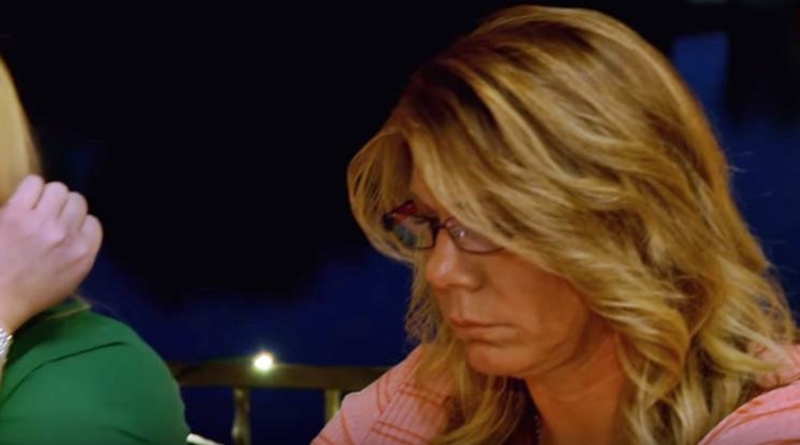 Sister Wives’ new season premiered on Sunday 20 on TLC. Meri Brown revisited the catfishing incident during the show and brought in another victim to speak to Kody Brown and her sister wives about it. Meri felt this could bring some awareness and understanding about the 2015 incident. However, she got a rare bashing on social media for her efforts. Many fans of the show feel the whole thing’s growing old and she should move on from it.

Fans of the show generally enjoy Meri, and for many of them, she’s a fan-favorite. On her Instagram, since the last season, she’s been upbeat, looks great, and generally seems happier than she was. For Sister Wives fans who follow her, her miserable demeanor in the current season’s a bit of a letdown. More than that, the revisitation to the 2015 catfishing incident brought irritated reactions. Unfortunately, many of them were of the bashing variety.

Some fans do feel that Kody Brown let Meri down over the request that she divorce him so he could marry Robyn and adopt her children. Fans of Sister Wives even accept that this could be at the root of Meri actually becoming involved with “Sam Cooper,” who turned out to be a woman. They admired her bravery in telling the Brown family about it, but they seem angry that TLC and Meri simply won’t let it all go.

Meri’s rare bashing from fans of the TLC show

Meri rarely gets bashed by fans, but this premiere of Sister Wives saw her getting defensive on Twitter. She posted up about it, saying, “You can bash me all you want, but bringing awareness about catfishing is what this is all about. Stay aware people.” Some fan reactions to that included:

I DVR and FF through Meri segments. I just can’t with the same ol storyline. She’s obviously miserable. She had a emotional/mental affair with someone she didn’t know. We don’t need lectures on how not to get catfished. MTV has a show about. We know already.

The new premiere brought in another victim

The negative reactions to Meri came after TLC showed Meri bring in her friend Kristie. Actually, Kristie became a victim of the same imposter in 2014. She explained to the other wives and Kody how the character was so convincing online, and she was vulnerable and lonely at the time. Meri wondered why the catfisher did what she did, asking, “It’s like, what is the motivation? …Why does she do this? I mean, is she just evil? Is she lonely? I don’t know.” Fans also ask questions, like why Meri does not just move on from it all as it happened so long ago and everyone’s over it.

What do you think about the show revisiting Meri Brown’s catfishing incident? Do you think fans are right in bashing her and TLC over the premiere?

Remember to follow TV Shows Ace for all the spoilers and recaps of the new season of Sister Wives.

Wells Adams Will Not Be Taking Over For Chris Harrison
Has Josh Duggar’s Wife Anna Given Birth To Their Seventh Child Yet?
Kim Kardashian Posts Angsty Photos Of Herself For ‘National Daughters Day’
‘General Hospital’ Does Peter August Have An Evil Twin?
‘Vampire Diaries‘ Nina Dobrev Breaks Instagram With Wet Bikini Snaps