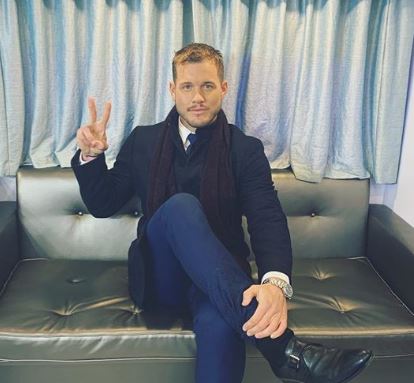 On the second episode of The Bachelor 2019, several fans went to social networks after they noticed Colton Underwood’s lisp. It isn’t something that he has all the time and it made them wonder what is going on. Colton actually went to his Twitter to explain it. He doesn’t seem ashamed at all, which is great.

Colton talks about his lisp

Here is what Colton had to say on his Twitter about the lisp that everyone noticed.

Anyone else notice my lisp on tonight’s episode? It comes and goes when I get nervous 🤷🏼‍♂️

So it turns out that Colton does have a bit of a lisp, but he has a reason for it. A lot of fans were giving him a hard time on social networks, but you have to remember this isn’t something that he can control at all. Seeing how hard being The Bachelor is you know that Colton will be nervous a lot this season. You can expect to hear that lisp a bit more this season. It is just part of Colton that almost makes him even cuter.

So far, Colton Underwood has been on a few group dates and kissed a few girls. He is slowly getting to know these girls. The spoilers are out and it looks like it is going to be a very interesting season. Everyone has seen the preview where Colton jumps over the fence and leaves.

Colton has been through a lot with this franchise already. He was on The Bachelorette and then joined Bachelor in Paradise along with Tia Booth. Things didn’t work out for Tia and Colton, but now he is The Bachelor. She is rooting him along and hoping that he finds love as well. It doesn’t sound like there is any chance that Tia will show up on his season of the show even though some fans were hoping for it.

Did you notice Colton Underwood’s lisp on The Bachelor this week? Share your thoughts in the comments and don’t miss new episodes of The Bachelor on Mondays on ABC. It will be great to see if Colton can actually find love.