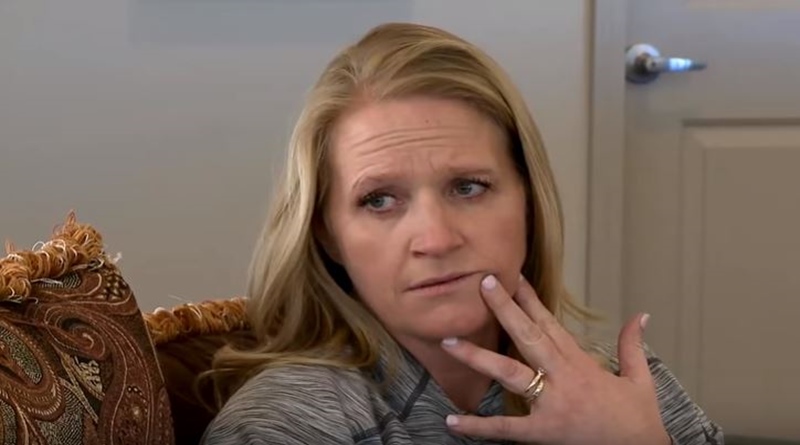 Sister Wives fans sometimes get to see Christine Brown make a car confession on her Instagram Stories. Her latest one on Wednesday night was amusing, and most people over 25-years-old can probably relate to it. In other news, she also assured fans that her daughter Truely’s very well and her health’s just fine.

In her car confession story which Christine presented in a light-hearted way, fans of the TLC Sister Wives show heard about her birthday and a missing year. Christine said that when she thought she was about to turn 29, she discovered that in fact, her 30th birthday loomed ahead. In just two weeks, instead of turning from 28-years-old to 29-years-old, she faced missing an entire year out of her life. Somehow, she missed an entire year. Who else relates to that? Most people who pass the 25-year mark stop counting their age all the time, after all. That 30th year really represents something most women dread – the Big 30s!

As Christine relates in her story, she says, “I had to grow up by almost a year inside of two weeks and it was almost impossible.” The Sister Wives mom said she found it all very stressful. However, it seems she managed it, as this year Christine actually turns 50-years-old in May this year. Maybe her upcoming big birthday prompted the memory, as she says she only recalled her missing year this week. You can watch the short story clip below:

Christine spends amusing time with Truely, shares about her health

It sounds like Christine had a fun time yesterday as she smiled about her car confession and later spent an amusing time with her daughter Truely. The two got together and played Battleships. In a photo posted on Instagram, fans asked Christine about Truely’s health. To recap, for those Sister Wives fans who don’t remember, back in 2014, Truely got really very sick. In fact, it was life-threatening.

In the episode that screened back then, we saw Christine say, “I’m just trying to go through the motions of pretending that things will be okay.” It turned out that the toddler suffered from acute kidney failure. Placed on abdominal dialysis, things looked really bad. Nursing staff said, “ Normally in cases like this, we don’t expect them to go home,” Starcasm noted.

In answer to questions about how Truely’s doing these days, Christine replied, saying that “she’s super healthy!! Thanks.” Certainly, she looks healthy and that’s good news for Christine and Kody Brown’s family.

The upcoming season of Sister Wives

TLC brings the new season back to our screens on January 20. In fact, after just a few more days fans of the show once again get a peek into the lives of Kody Brown and his family.

What do you think of Christine Brown’s amusing car confession saying she missed a year of her life? Did that ever happen to you?

Stay in touch with TV Shows Ace for more news and gossip about TLC’s Sister Wives.