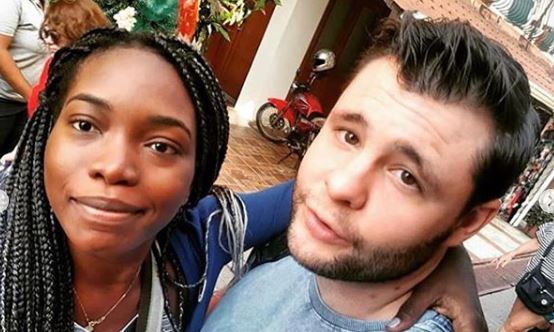 The fans of 90 Day Fiance remember Abby St. Germain. She was with a man named Sean but also had another guy in her life. Abby was also spending time with Chris a lot, which Sean wasn’t okay with at all. They both would help her with money and a place to live. It turned out that things didn’t work with Abby and Sean or Chris. Now, she has a new man.

Abby St. Germain’s pictures with her new man are out and you can see them below. She looks very happy with him. One thing is that she is dating someone who appears to be American once again. He is also a lot closer to Abby’s age than Sean or Chris were. There is a lot of speculation in the comments from viewers wondering if he has money. Abby did enjoy being taken care of in the past.

Could she return to 90 Day Fiance?

Right now, it doesn’t look like Abby will be on a new season of 90 Day Fiance. The thing is if this new guy is someone she is going to need a K1-Visa for then she could join the show again. Abby already has a connection with the show and has people who would be interested in seeing how she is doing now. There have been some rumors about her returning.

When she was with Sean he had a hard time believing that Christ was just a friend. As you can see in the clip below, Chris would even ask her to talk to him without microphones around them. Fans are wondering if once Sean was out of the picture she became friends with Chris once again.

Are you surprised to see that Abby St. Germain is dating someone so young? Share your thoughts in the comments section below, and don’t miss new episodes of 90 Day Fiance when it returns to TLC with new episodes.