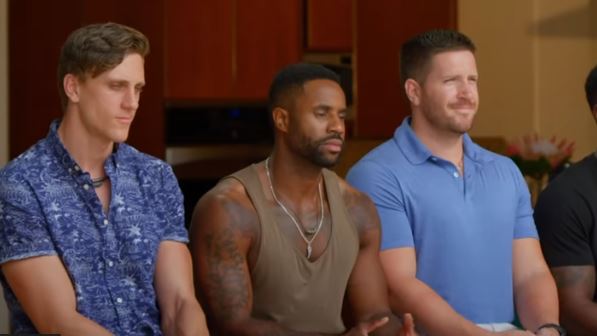 Last night USA Network aired Episode 1 of Temptation Island. This show took four couples out to an island with 24 singles. They will be apart from each other for a little over 20 days while they decide if they want to stay together or not. This is a reboot of an old show that did well.

How did Episode 1 go?

On the first episode of Temptation Island fans met the couples. One of the guys Evan Smith shared about the death of his father. He was murdered, which has helped to shape who Evan is as an adult. He just isn’t quite ready to get married, but his girlfriend insists that Evan is her person.

One couple Kady and John decided that they would each pick one person that their significant other couldn’t date. All of the other couples decided against this and just want to see what happens.

They were told they wouldn’t be seeing each other for a while, but it looks more like they won’t be spending time with each other. The couples are brought back together at the start of the preview for Temptation Island. They all got to choose their dates and had to do it right in front of their significant other.

It was very obvious that John has a type when he picked his date. Kaci feels like Evan is being mature in who he picked, but of course, that could break up their relationship. A lot of them showed how well they know their significant other by guessing who they would pick and getting it right. Some didn’t seem to mind the dates and others seemed pretty concerned.

They will all have a date the next day and then meet back up the following night. That should be when they talk about the dates and maybe even end up sending a few people home or blocking them from dating their other half.  The drama is already heating up on this show.

Which couples do you think will stay together after their time on Temptation Island? Share your thoughts in the comments section below and don’t miss new episodes of Temptation Island on Wednesdays on USA Network.