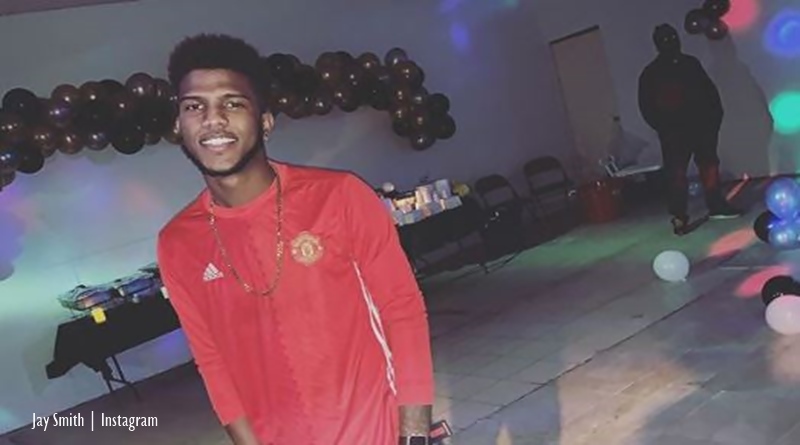 90 Day Fiance fans know that Ashley Martson is in the hospital and now Jay Smith stepped up to say he jumped on a plane as soon as he heard about her hospitalization. On the same day, Ashley’s Instagram updated on her medical situation. However, as it’s written in the third person, you can’t really tell who wrote it. Nevertheless, at the end, it switches to the first person again and says, “I wish everyone a blessed day! ”

Whether the 90 Day Fiance couple were actually living together, or apart, kept fans guessing since Christmas. However, with Ashley taking ill, being found unresponsive at home and rushed to ICU, it seems Jay is there for her now. Her lupus could threaten her life and she needs lots of support. Stress makes the illness even harder to cope with.

Once again, Jay reiterated that he stepped up. Although he mentions he caught a plane, nobody’s really sure of his whereabouts when she went to the hospital. To clarify, his latest Instagram post said, “Jumping on a plane the second I found out you was in the hospital was something I didn’t even think twice to do. (sic)” He also said that he loves Ashey and that certainly won’t change despite their differences.

In the meantime, an update appeared on Ashey’s Instagram about her medical condition. Written in the third person, possibly by someone other than Ashley, it said that she had a catheter put into her abdomen. Apparently, it’s for “peritoneal dialysis starting today.” Her doctors hope that this helps her kidneys repair themselves. Actually, if all goes perfectly, she may not require a kidney transplant. In fact, if that’s the case, she may even be able to go home under the care of “home health care nurses” soon.

Even if she does go home though, the future looks rough for her as the update says, “Ashley will be down for quite some time.” 90 Day Fiance fans think the post was made by Ashley’s mom, but the negative remarks in the comments must hurt. Here’s what one fan, @deb_marotz, said about it: “To @ashleye_90 mom or whomever is posting on her behalf. I would start blocking all these negative people with their rude comments.”

Jay Smith appreciated for stepping up

Over on his post about jumping on a plane, fans of 90 Day Fiance appreciated Jay stepping up. They thanked him for being there for her. Others noted that his response meant perhaps they should take another look at their relationship. After all, relationships never remain all sweetness and roses and they take a lot of work.

What do you think about Jay Smith reiterating that he rushed to Ashley Martson’s side? Where was he? He also spoke in the past tense when he said: “I may have not been a good husband.” Does this mean they really did part their ways?

Remember to check in with TV Shows Ace to stay up to date with news about 90 Day Fiance.