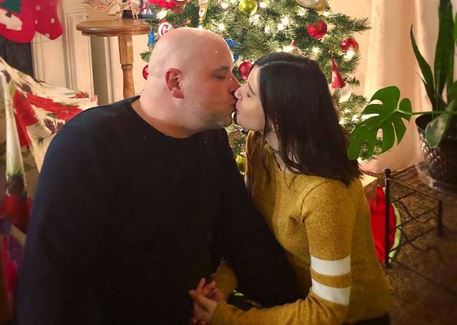 90 Day Fiance couple Mike and Aziza Eloshway just announced that they had their first baby. This couple was on Season 1 of the show and are still doing well. It took Aziza awhile to get comfortable and want him to touch her. Obviously, she has gotten over that now. Aziza shared on Instagram all about their new baby.

They had a little girl that they named Olivia Joan. She was actually born on January 14, 2019. So far, there are not a lot of details out, but the fans can’t wait to hear more and see pictures as she grows up. Mike looks like he is already in love with her. Mike and Aziza are in for a new adventure.

By the time that they announced the pregnancy, she was already showing. Aziza Eloshway looked adorable. It is always great to see a couple so happy and doing well. They seem to be one that the K1-Visa process worked for when fans have seen so many others have trouble. Paola and Russ Mayfield also had a new baby this year.

This 90 Day Fiance couple met and fell in love online. They were in the very first season of the show. This was when the viewers were still learning how this show worked. Regardless, it was nice to see a couple go from having a bit of a rough relationship to things going so great for them. Now, they even have a little girl. Their little family seems to be doing very well. Maybe someday they will show up on a season of 90 Day Fiance: Happily Ever After. You never know who they will bring on that show and fans love catching up with past contestants.

Are you happy to hear that Mike and Aziza Eloshway are still together? Share your thoughts in the comments and don’t miss new episodes of 90 Day Fiance on TLC. A new season will be coming in the next few months.