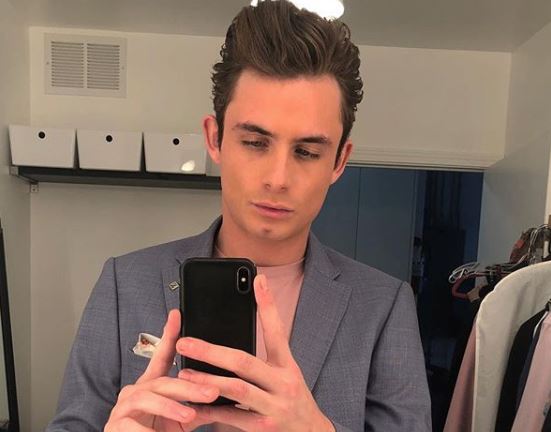 James Kennedy is in for one heck of a ride on this season of Vanderpump Rules. He’s been drinking out of control, fat shaming women and getting fired from the job that has given him many chances. A couple of episodes ago, viewers saw James’ boss Lisa Vanderpump make a hard decision to fire the 26-year-old DJ. She had to make the decision when James fat shamed Katie Maloney when he said she needed to lose weight. Katie went to Lisa and gave her an ultimatum. She was to either fire James or Katie would leave. She felt like she couldn’t work in a place that allowed that kind of behavior.

Lala and Lisa don’t hold back

James Kennedy’s mom, Jacqueline, didn’t agree with this decision, she decided to go to Lisa and have a talk with her. Jacqueline commented to Lisa saying, “I get that there’s this whole movement of women, but when women come at my son, where does James go to?” she asked the reality star. Lisa then tried to explain to the DJ’s mom that James had been drinking “way too much”. Jacqueline wasn’t having it though. Lala Kent, one of James’ old best friends, commented on a deleted Instagram story, “Is this for real? Did this woman actually raise someone?” On that note, a lot of fans agree with Lala. This isn’t the first time that James has drank too much and got himself in trouble.

James Kennedy then continued, even after getting fired. He went on about it multiple times on Twitter. He was fat-shaming Katie and throwing shade at Lala Kent and Jax Taylor. Kennedy was just mad that they stood up for Katie instead of him, but who would stand up for him in a time like that? Lala Kent seems to be very disappointed in James and his mother, who would ever think it was okay to talk to women like that. He has to suffer the consequences, but he’s not happy about it at all. James’ mom begged Lisa to take him back, but so far she hasn’t agreed to give him his job back.

This season of Vanderpump Rules has been crazy already. So much drama has started and a lot has gone down. There are also exciting things happening. Tom Tom just got nominated for “Best Bar In Los Angeles” and they’re so excited. Also, the opening for their bar will be filmed on this current season. Keep up with all the drama and excitement on Bravo on Monday nights with Vanderpump Rules.