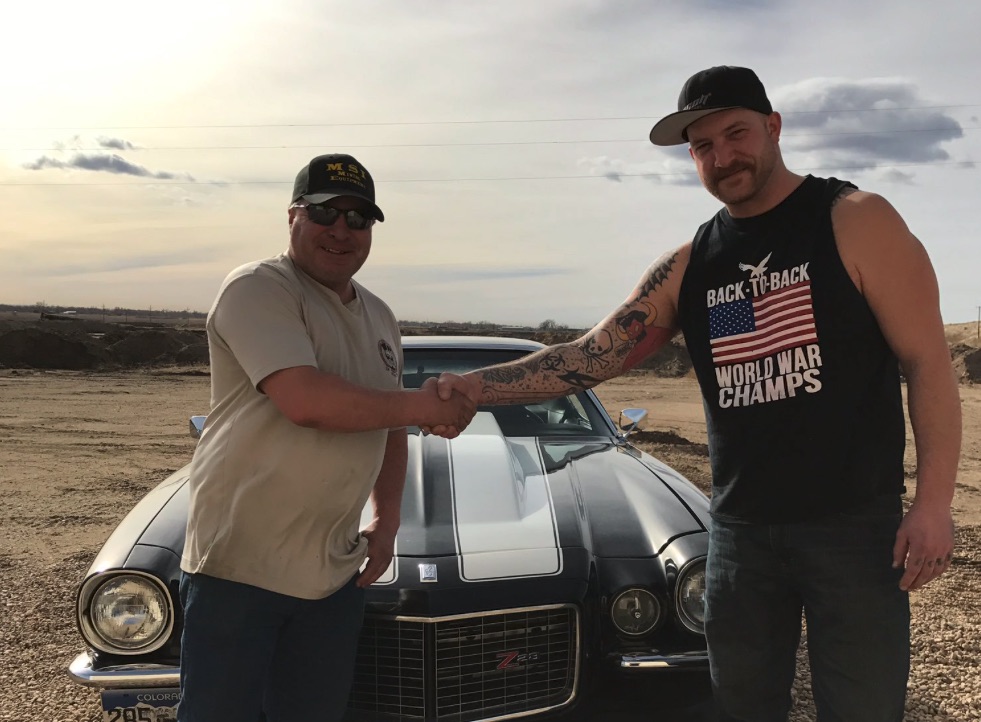 Gold Rush Season 9 has been more about solving problems than high fives for getting gold. Parker Schnabel and Tony Beets both have goals that seemed attainable in the beginning of the season, but now seem impossible as they deal with some major equipment issues. Rick Ness may have experienced success as Parker’s foreman, but he is now finding out that there is still a lot to learn in order to find success in gold mining. Thankfully, Rick gets some help from Freddy Dodge that could save his season. In the preview to the latest Gold Rush episode entitled “Sucker Punch,” the gold miners are reminded that gold mining is for the toughest of the tough.

Freddy Dodge Is Back And Helping Rick Ness

Freddy Dodge is back! According to the preview, the Ness team’s gold totals have dropped by 60 per cent and Rick can’t understand why. After checking things out with Ryan Hofer, Freddy looks at how the sluice is leaning. That looks ok. But Freddy does see that the problem is rocks in the sluice box and the need for more water. Normally, the gold settles into the riffles, but when there are large rocks, that disrupts the natural operation. Gold ends up being washed into the tailings.

Freddy lays it on the line, “We’re making a living off of fine, fine gold here.” Lifting up a two inch stone, he continued,” This is what ruins it.” Now it is time to make some repairs in order to get Rick Ness better results because there is a hole that is allowing the big rocks to get in.

Cowboy Dumpling To The Rescue

Freddy, whose nickname from Karla Ann is “Cowboy Dumpling” knows that Rick needs to fix his equipment issues, and tells him “I bet you a hundred bucks it’s gonna plug up.” Rick should never doubt Freddy. Freddy’s four decades of experience running and building washplants saved Rick’s season. Explaining in his usual, practical way, Freddy Dodge simply explained, “There’s always something you can do to make things more efficient, make things run a little bit better.” These simple fixes should get new mining boss Rick Ness closer to his 1,000-ounce goal.

Tony needs to move Dredge #2 to Eureka Creek–and fast! This has not been the best gold season, and he has been wasting a lot of time the past couple of seasons with moving dredges. Now they are at Dawson City, faced with a boxed bridge with a 17-foot height limit. Can Tony get through, or will he be stuck here?

Well, they Tony is a pro and they get it through, not without knocking a Discovery camera off of the top. Oh well! Now Tony is determined to get gold at the end of this season. Maybe he has not found the gold, but after nearly two seasons, Dredge #2 is finally on the claim. Does this mean that he is done moving washplants and finally getting more gold?

Parker’s 700 excavator is down, but he needs to move Sluicifer. Parker says that they need a “Chinook and Arnold Schwarzenegger” to make this happen. Thanks to Brennan Rualt’s suggestion, Parker risks the very expensive machinery to move the wash plant with his dozer. The clip ends with some sort of crash. That can’t be good!

Are you excited to see Freddy Dodge back on television? Did you see The Dirt last week, with Freddy and Dave Turin? Do you want to see the two of them return to Gold Rush or maybe have their own show? Share your comments and predictions below, and don’t miss watching the latest episodes of Gold Rush Season 9, and Gold Rush: White Water on Fridays on Discovery.