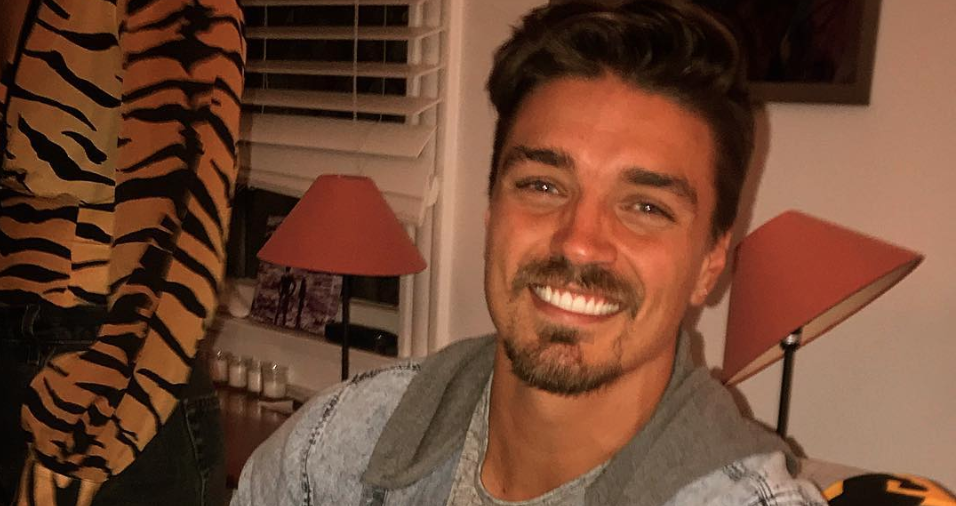 Dean Unglert has been saying pretty nasty things about the relationships that come out of the Bachelor Nation franchise. Apparently, he doesn’t believe a single one of them are real according to Us Weekly.

“None of these Bachelor relationships are real, not a single one of them. … Maybe you’ve got some marriages and some kids and those ones are real, but every one of them’s fake and contrived and I’m not into that,” Dean said on Access.

However, Dean did go on to say that maybe there are a few real ones. He can support those, but as far as boyfriend and girlfriend relationships go, they are all fake.

“Granted, there are some that are real, like those ones I guess, but boyfriend-girlfriend relationships, every single one of them is fake.” Dean said.

This is a very interesting statement for Dean to make because he is basically calling his four-month relationship with Lesley Murphy fake. When it comes to their relationship, Dean says that it never really felt genuine. He has trust issues which made it even harder to stay together. He also noted that people act differently when there’s cameras on. However, he also said he didn’t want to speak poorly of Lesley.

Dean and Lesley met on Bachelor Winter Games and to the public appeared to have a cute happy relationship. Dean did say that he thinks people act differently when the cameras are on. He also said he didn’t want to speak poorly of Lesley, which is pretty respectable since he just called their relationship fake. Recently, Lesley has revealed she’s actually in a new relationship with Alex Kav.

Boy meets world🌎World, meet boy. Thought it was about time to let y’all in on the newest addition to The Road Les Traveled! We’re 3 continents down together…with the next one being Alex’s home country soon🇦🇺Finally making it to hometowns y’all 🙂

“I think contestants on The Bachelor will prioritize a relationship over the person, right? So they’re like, ‘I love being in a relationship more than I love you as a person’ and that stuff, it sucks. That’s just not how it should be. You should love a person and then want to be in a relationship with them, not love the idea of a relationship and then you find someone to be in that with you, because it makes sense”

Do you agree with Dean on Bachelor relationships being fake? Let us know what you think in the comments and be sure to watch The Bachelor Monday nights on ABC.

Rumors Swirl Around ‘Dancing With The Stars’ Season 30 Cast List
‘When Calls The Heart’ Season 9 Has Started Filming: All The Details
Wait, Are Savannah Chrisley & Nic Kerdiles Secretly Dating?!
Todd Chrisley’s Daughter Lindsie On Rampage Amid Divorce, Cops Called
Is Isabel Roloff Worried How Pregnancy Will Impact Her Eating Disorder?