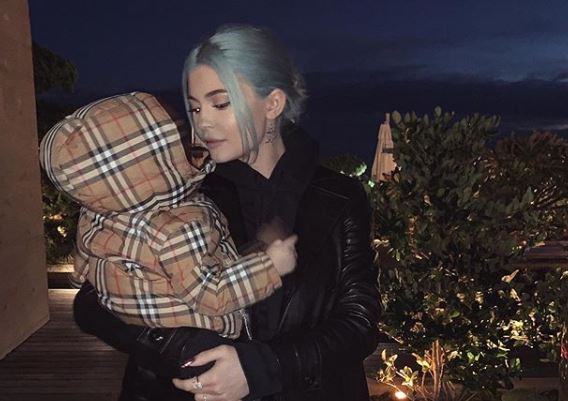 Kylie Jenner’s daughter Stormi Webster is about to turn one! February 1 is the big day, it’s also her golden birthday! The business owning mother is already getting a headstart on her party, which fans assume is going to be huge considering who her parents are. How big of a head start is she getting this early before her birthday?

Kylie Jenner posted on social media’s that Stormi was still unwrapping Christmas presents when they came back from Aspen. She even revealed that she has started wrapping her presents for her birthday. When the young mom was on her way to celebrate her big sisters 34th birthday last summer, she told her followers about the party.

“Stormi is gonna be five months this weekend, which really is trippin’ me out. That means we’re halfway to a year, almost, and I’m already thinking about her first birthday and how it’s gonna be epic, OK?”

Details about the party

So what’s the theme going to be? Kylie had an idea of “super magical unicorn theme” but her nieces North and Penelope already had those themed parties, so she admitted she needed to think of something else. They don’t want to all do the same thing each year. With so many girls, they have to come up with a lot of ideas.

daddy dropped off a new chair for stormi😫😍🖤 and omg this girl threw the bag over her shoulder i can’t.

How did Kylie feel about pregnancy? Well, she actually loved it! “Pregnancy has been the most beautiful, empowering, and life-changing experience I’ve had in my entire life and I’m actually going to miss it,” Kylie wrote to her followers. “I appreciate my friends and especially my family for helping me make this special moment as private as we could. My beautiful and healthy baby girl arrived February 1st and I just couldn’t wait to share this blessing. I’ve never felt love and happiness like this I could burst! Thank you for understanding.” Fans were so surprised to see Kylie be such a good mom at a young age.

It wouldn’t be surprising to anyone if Kylie Jenner ended up having another baby before long either. She kept her first pregnancy secret until the baby was already born. Jenner really enjoyed having that time to herself, so she might decide to do it that way again.

Fans can’t wait to see the accomplishments Kylie Jenner makes this year with her makeup brand, her child, and her life in general! Hopefully, we see Kylie’s boyfriend Travis Scott propose to her soon, fans would love to see them get married. Stay tuned and follow her Instagram to see all her life updates!