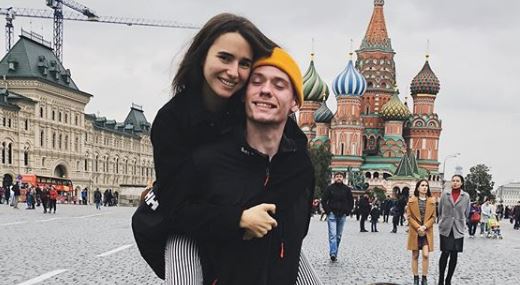 90 Day Fiance aired the big reunion show tonight. The viewers were surprised to see that Olga isn’t here yet because her Visa hasn’t gone through. Instead, Steven is in the United States and working hard. He was able to get a home and make enough money that he won’t need a sponsor for Olga while waiting on her to arrive. Olga was on the show via video, though.

Steven just went to his Instagram to share when Olga will arrive in the United States. It turns out that she is going to be here soon and things are going well. On the 90 Day Fiance reunion show it was obvious he wanted her and his son here with him.

1 or 2 ? 😂🤪 P.S who asked about sweater, it from h&m. I was looking for a simple white sweater for a lot time + I know that there are a lot of cool sweaters in ASOS. #throwback🔙

His new post explains that she will be here in just 19 days. That post was made three days ago. This means that Olga will be here in just 16 days with Steven. They have been waiting for this a long time. He didn’t turn in the Visa paperwork when he told her that he did and that delayed things for them a bit. Hopefully, this couple shares a lot of updates once she arrives in the United States.

Fans are really excited to hear that this couple will be together soon. Everyone is commenting on how happy they are that Olga will be coming. On the show, Steven said he had sent in the paperwork and could hear about her Visa any day.

Are you surprised to hear that Olga isn’t here yet? Share your thoughts in the comments below and don’t miss the rest of the 90 Day Fiance special where they tell all next week on TLC. It should be interesting as emotions are high and everyone is arguing away.

‘Sister Wives’: Kody Brown Is Fine With His Wives Moving On
Jed Duggar Helps With Special Olympics
‘Duggar’: Did Lauren Duggar Hint Jill And Derick Plan On No More Kids?
‘LPBW’: Bode Roloff Is One Month Old, Plus New Photos
‘Counting On’ Anna Duggar Says Both Daughters And Sons Play With Same Toys