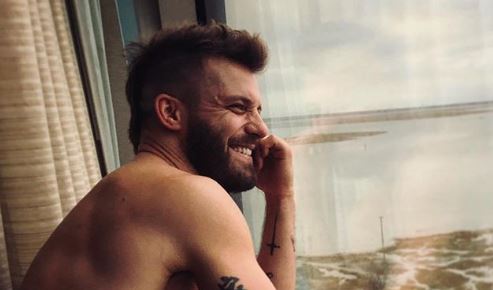 The story with Paulie Calafiore is getting crazier by the second. First off, he was dating Danielle Maltby from The Bachelor. These two seemed to be a perfect match until he broke her heart by cheating. Paulie was with Cara Maria Sorbello from The Challenge. Paulie originally got famous from being on Big Brother.

Paulie Calafiore and Cara Maria Sorbello split up recently. Danielle and Cara Maria actually showed off a ton of messages that Paulie had sent to both of them. They didn’t protect his image at all. Now, Reality Steve is sharing that it looks like Paulie is moving on just fine.

Danielle has been very open about the fact that she was heartbroken. She really thought he was the one for her. The reality star was shocked that he cheated on her.

Paulie spotted with a new girl

Paulie was spotted with a girl who is on Colton Underwood’s season of The Bachelor 2019. That has to make you think that first off this is a huge spoiler. This girl must not make it to the end if she is out with Paulie now. It all started with a tweet from Reality Steve.

The guy wastes no time. Lets see, what lie will this one be. Let me guess, it's his cousin! No, sister! No, just some random blonde that he's strictly platonic with! This guy is a piece of work I tell ya' https://t.co/koKDmQrS3f

After that Reality Steve explained who the girl was, which made everyone wonder what was going on. He said, “Just got it confirmed that the blonde in the car with Paulie is Demi Burnett, who Bachelor fans know is on Colton’s upcoming season. Good God. They are ridiculous if they want us to believe anything other than what I’m sure lies are coming about why they’re together.”

So Demi Burnett must not win Colton Underwood’s season of The Bachelor. No word yet on how Demi and Paulie ended up together, though. The fans are really wondering and would like to hear details. Maybe this was a one-time thing or maybe he is already dating someone new. For now, fans will just have to wait and see what information comes out. You know that Steve will share if he can find anything else.

Are you shocked by Paulie Calafiore and the girls he has been seen with lately? Share your thoughts in the comments below and don’t miss new episodes of The Bachelor 2019 with Colton Underwood when it starts airing on January 7, 2019.