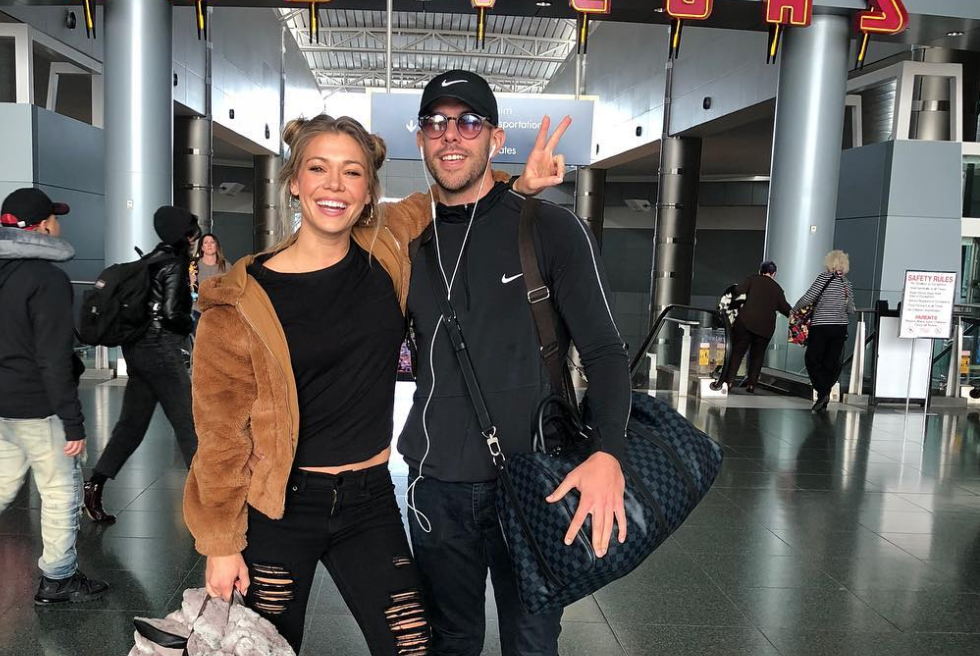 Krystal Nielson and Chris Randone shared a passionate relationship on Bachelor in Paradise this last season and even decided to get engaged on the show. The couple has moved in together. Now rumors are flying that Krystal may be pregnant. The couple has both confirmed and denied these rumors, so needless to say it’s a bit confusing.

According to Us Weekly, the couple accidentally revealed they are having a baby. They then followed up by trying to take the reveal back. During an Instagram live chat, the couple revealed they have exciting things coming in the new year. Chris then said that Krystal is pregnant and he is going to be a father. Krystal responded telling fans to ignore they heard anything.

It gets more confusing though as the couple continues to deny the rumors. However, some believe they may be doing this because they were supposed to announce it during The Bachelor season premiere on January 7th. This would make sense since their entire relationship and it’s big events have been televised.

However, their denial sounds pretty convincing as they have been joking about it being twins, naming the twins and then even streamed telling fans they were kidding about the baby. On one hand, they sound convincing when it comes to not being pregnant but they have still left fans wondering if they are just trying to cover up an accidental reveal.

If Krystal is pregnant, she won’t be the only Bachelor alumni to be. Little Bekah is also pregnant with her current boyfriend and is facing the wrath of third-trimester hormones. Bekah Martinez says she misses being close to home but is excited for her new baby coming soon. Of course, Lauren and Arie are also expecting a baby and even created an Instagram account for it recently.

New year, new me? This week I’m the size of an artichoke. Didn’t make any new year’s resolutions other than the obvious (putting on some lbs). I’m spending some time flexing my arms and legs for the first time. I like to think I’m helping them get in shape for the wedding (here’s looking at you Dad). My ears are where they are supposed to be now and I have been listening to Mozart still. Ever listen to music underwater? Yep that’s what it’s like, I guess it helps with my little brain. I have a busy week planned, Mom and Dad are taking me to get an anatomy scan and then we are headed to Hawaii! Next week I’ll be wearing a grass skirt in here 👋🏻

Do you think Krystal Nielson and Chris Randone are expecting a baby or even two? Let us know what you think in the comments and don’t miss Colton Underwood’s season of The Bachelor airing January 7 on ABC. Maybe there really will be a big baby reveal.