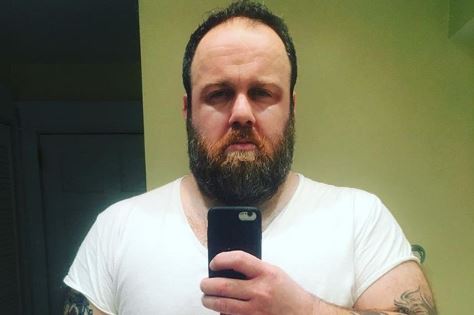 Tonight a new season of My Big Fat Fabulous Life started airing. Buddy Bell even kissed Whitney Way Thore. The thing is they played it off like this was just a kiss between friends. Maybe they could end up being more at some point, but nobody knows for now.

This has fans wondering if Buddy Bell is still with Chelsea Roark. If you follow him on Instagram, he was posting all about her for a really long time. Buddy seemed totally in love. The confusing part is that now all of those posts are gone from his social networks. It looks like Buddy Bell took them all down.

So does this mean they split? It could mean Buddy and Chelsea are over. The other option is that it means that TLC saw his posts. They are really playing up the fact that Buddy kissed Whitney. The previews have made it look like they could be more than just friends. If TLC saw these posts, they might tell Buddy Bell to take them down. It would be hard to believe that Whitney and Buddy are more than friends seeing these posts.

How are Buddy and Chelsea now?

It is really hard to find information on how Buddy Bell and Chelsea Roark are doing now. Of course, Buddy took down the posts with her. He hasn’t posted anything with her recently either. There is a big thread on Reddit where the fans try to figure out what is going on.

The fans are noticing that he isn’t following her now either. It seems like they could have split, but nobody knows for sure. There is also the thought that he got back with Heather from some fans. On this season premiere, they had been split for over a year already so it would be surprising if they get back together.

Do you feel like Buddy Bell and Chelsea Roark are still together? Share your thoughts in the comments section below, and don’t miss new episodes of My Big Fat Fabulous Life on Tuesday nights on TLC.

‘My 600 Lb Life’ Milla Clark: Where Is She Now And How Is She Doing?
‘The Bold And The Beautiful’ Spoilers, June 11-14: Liam Begs For Help
‘Extreme Sisters:’ Why Do Patrix & Patrica Want To Move To Orlando?
‘Outer Banks’ Season 2: When Is It Coming To Netflix?
OMG!!! Nina Dobrev Breaks Instagram With This Exciting Photo!