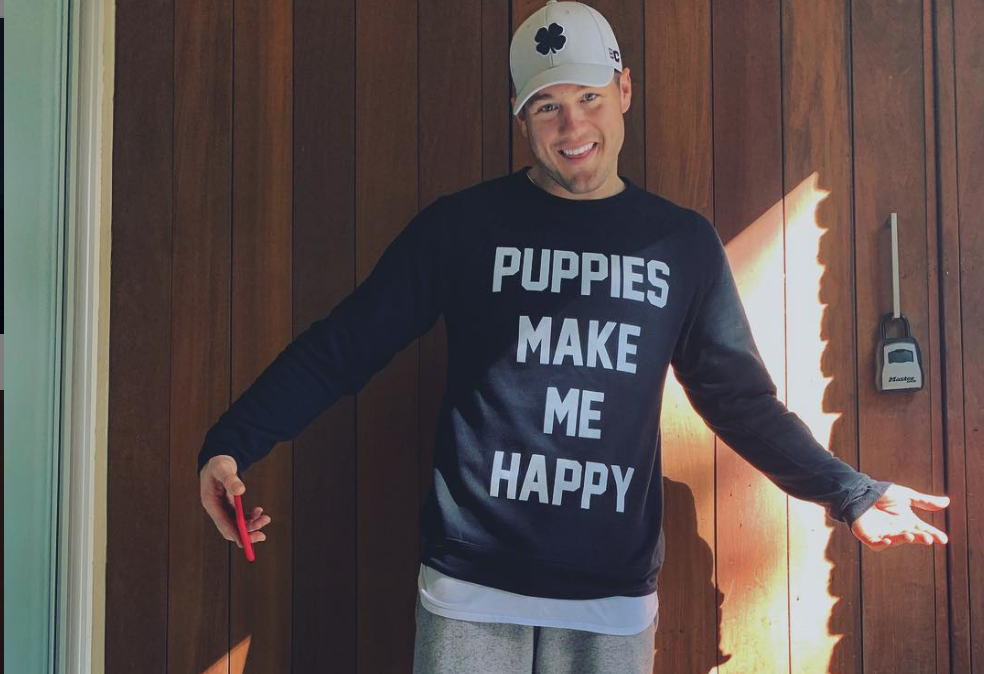 There has been a lot of controversy as to why Colton Underwood was chosen as The Bachelor this year instead of fan favorites Blake or Jason. Now, Mike Fleiss revealed to Entertainment Weekly, just why he decided the NFL player would be the perfect fit for the role.

Why was Colton Underwood Chosen as ‘The Bachelor’

Colton is an attractive NFL star making him a perfect Bachelor for the season. Mike Fleiss said that this is one selling point for him to be the new Bachelor.

“We like this guy. He’s interesting, he’s certainly hunky, he looks the part, he’s an all-American kid, a football player,” Fleiss said.

Colton’s looks aren’t the only thing that drew them in. Fleiss also said that Colton Underwood has a huge personality that you can feel as soon as you walk into a room, another important characteristic when it comes to creating dynamic relationships and a good show for entertainment.

Of course, Colton’s virginity did play a role in him being chosen to be the one in the show.

“The virginity thing is interesting. And we think that just the potential of (Colton losing his virginity) creates added stakes for this season,” Fleiss said.

Fan’s Reactions to the Decision

Mile Fleiss has experienced quite a bit of backlash since making his decision but is still confident Colton will be the best for creating a great show. Fleiss said no matter what decision he makes people would be mad.

Knowing he would never be able to make everyone happy, he went with the choice he thought was best, Colton. Mike Fleiss believes Colton has the biggest potential to not only create good entertainment but really find true love during the season.

Fleiss isn’t concerned about losing fans despite his controversial decision to make Colton The Bachelor. He said, “I know (the fans) all love me anyway. Deep down, they all love me.”

Do you agree with Mike Fleiss’ decision to chose Colton Underwood over Jason or Black for this year’s Bachelor? Let us know what you think in the comments. Also be sure to watch Colton’s season of The Bachelor airing January 7 on ABC.

‘Below Deck Sailing Yacht’: Is Dani Soares Having A Boy Or A Girl?
James Remar Confirms ‘Dexter’ Season 9 Won’t Feature Original Cast
‘Seeking Sister Wife’ Dannielle Merrifield Never Thought She Wanted Kids
Hallmark’s ‘Morning Show Mysteries: Murder Ever After’ Has New Love Triangle
‘The Bold and the Beautiful’ Spoilers, May 10-14: Carter and Quinn Are All In