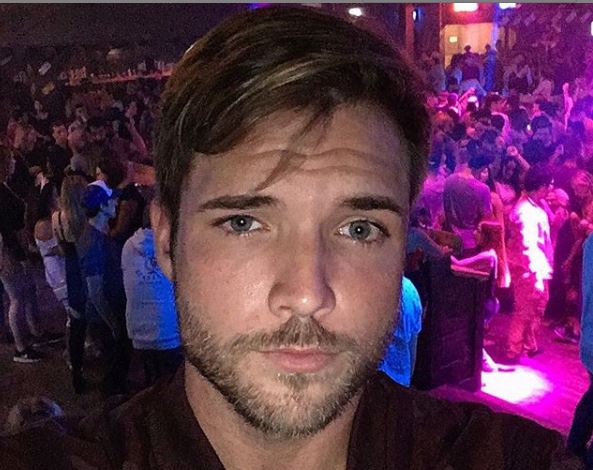 Jordan Kimball and Jenna Cooper were one of the most dramatic couples on the latest season of Bachelor in Paradise. Their relationship came to an abrupt halt when cheating rumors and sketchy text messages came out. Now, Jordan has revealed he is back on dating apps after seeing past success as he continues his search for true love and hopes Match can help him out.

Jordan Kimball was an over-the-top contestant on Becca’s season of The Bachelorette. The model is probably most well known for receiving a pair of golden underpants on the show and having over-the-top reactions to situations. Jordan was sent home by Becca Kufrin but then met Jenna Cooper on Bachelor in Paradise.

Jordan really hit it off with Jenna, a contestant from Arie Luyendyk Jr.’s season of The Bachelor. He fought for Jenna’s heart before ultimately winning her over with a proposal. Shortly after the season ended, cheating text messages were revealed making it seem as though Jenna cheated on Jordan. The couple ended up with lawyers trying to sort all of the drama out. Needless to say, they didn’t last unlike other Bachelor in Paradise couples.

Jordan Kimball Gets Back on Dating Apps

Now, Jordan has revealed that he’s getting back on dating apps to find true love post his Jenna split. In an Instagram post, Jordan told fans what was going on in his life.

“Hey what’s up guys,” Jordan said, “many of you know that I’ve had success on dating apps (100% match rate) but it’s gotten me nowhere on my journey for love.”

Jordan included his match rate meaning he probably hasn’t changed that much since we saw him on The Bachelorette. He continues by saying that he was going to be on Match and hopes to find love. He also posted this information on his Instagram story.

What do you think of Jordan’s decision to look for love on a dating app? Do you think he will have success? Let us know what you think in the comments and be sure to watch Colton Underwood’s season of The Bachelor airing January 7 on ABC.