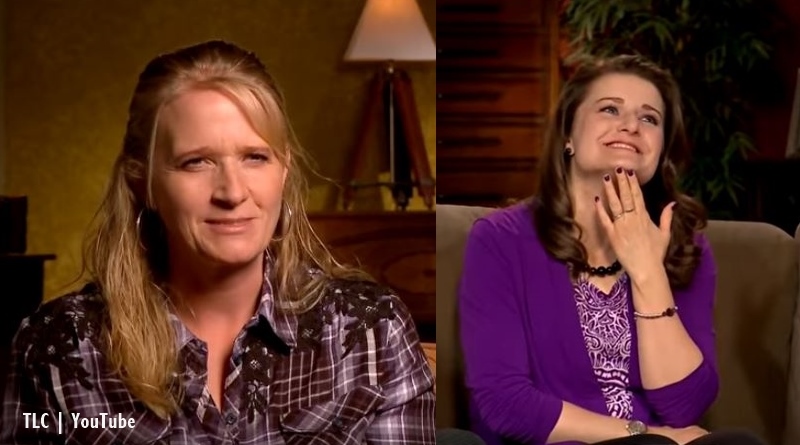 Sister Wives fans know that Kody Brown and his family moved to Flagstaff, Arizona. Actually, snowfall in the area delighted Meri a few weeks back. Now, at Christmas, both Robyn and Christine took to Instagram to share their feelings on the real deal. No wonder they like the snow, as Las Vegas so seldom sees any.

Certainly, it seems a bit ironic that the Sister Wives family missed the snow in Las Vegas this year. Only a little bit fell on Thursday, weather.com reported. However, that’s enough to get everyone a little bit excited. After all, measurable snow last fell in 2008 and 2015 brought a light Christmas dusting. Lot’s of followers told both Robyn and Christine they’ll soon tire of the snow.

For the time being, they simply love it. Christine went out and got ahold of the snowblower. All bundled up against the cold, she posted the result of her efforts after clearing the pathway. According to her caption, snow blowing brings free fun. She wrote, “snow blowing, my new favorite thing to do.” Using the hashtags #snowblowing and #myfavoritethings, resulted in comments about the chore.

Unlike Meri and Christine Brown, it seems Robyn’s not really into toiling in the snow. Nevertheless, she loves it as well. She posted up a photo of snow on the roads and tried to explain her aesthetic feelings about it. In her caption, she wrote, “It is a strange thing for me but I am loving all aspects of the snow. Something about it is making me giddy. I love the smell of the snow…driving carefully in it.. bundling up…how the night lights up when it is on the ground. Something about it makes me feel alive and peaceful. I don’t understand it but I like it.”

Fans of TLC’s Sister Wives agreed the snow really does something to your heart – for while anyway. After some time, it becomes a chore and cold and they long for the warmer weather. Probably, this time next year the Sister Wives may not enjoy it as much. Given that they moved to Flagstaff to get a new life, each day right now seems a celebration of the lovely area.

Over on her Instagram, Aspyn celebrated the fact that she and Mitch Thompson shared their first Christmas as a married couple. She also mentioned the snow, writing, “Our first Christmas as husband and wife ?? #itdidsnow #merrychristmas #firstchristmas #husbandandwife #matchingpjs #cuddling.” Her photo showed them in cute matching jammies. Answering one of her followers, Aspyn said they were a gift from Meri Brown.

What do you think of Robyn and Christine Brown’s delight at the Christmas snow? Does it snow where you live?

Remember to follow TV Shows Ace for more news on the Brown family. The new season of Sister Wives is just around the corner. Season 8 premieres Sunday, January 20 at 8/7c on TLC.

Jim Bob Duggar’s Empire Doomed? Derick Dillard Thinks So
Josh Duggar’s Lawyer: Molesting His Sisters ‘Not Relevant’ To Charges
UPDATE On ’90 Day Fiance’ Stars Jenny & Sumit After COVID Diagnosis
‘When Calls The Heart: Changing Times’ Could Change Everything
‘Pawn Stars’ Chumlee Is Back On Social Media: Where Has He Been?