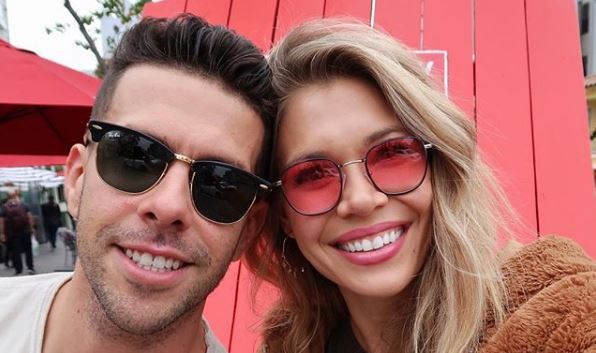 Krystal Nielson, the over-the-top blonde bombshell of Arie’s season of The Bachelor has recently admitted to PACIFIC she wants to start a family with her boyfriend and Bachelorette alum, Chris Randone.

Chris and Krystal made things official when they met on the latest season of Bachelor in Paradise. Like any televised relationship, there were many ups and downs but in the end, Chris got down on one knee and proposed to the fitness star. Since then, the two have moved in together and are happily making progress in their relationship. Most recently, Krystal even said she’s ready to start a family with Chris as soon as possible.

Krystal told PACIFIC that she is ready to continue building on her “year of growth” and expand in all ways possible, including expanding her family with Chris. In addition to her fitness journey on Instagram and those she coaches, Krystal says she also has a destination wedding to plan. Lauren and Arie are planning a January wedding in Hawaii, maybe Krystal will pick something similar.

Krystal is also releasing a book and created a Youtube channel, so she appears to be well on her way to success after a rough time on The Bachelor, including a trip to the hospital.

Krystal says that her anxiety about how she would be portrayed on the show affected her so badly she ended up in the hospital for stress. After the show aired, things didn’t get much better as her inbox filled up with hate messages. Luckily, she was able to try again on Bachelor in Paradise and walk away with the love of her life.

How quickly are we to judge a person for what we can only see with the eyes. But if you go searching, you’ll find that one’s true strength and the foundation of who they really are runs much deeper. Kinda like this tree. 🌳✨ Another one of my faves from our engagement shoot! 💍♥️ 📷 @jimsloanphoto @bestudios_sd @big.bro.joe Hair and makeup 💄: @kissedbyaml

What do you think of Krystal Nielson and Chris Randone? Where do you think their wedding will take place? Let us know what you think in the comments and don’t miss the new season of The Bachelor January 7 on ABC.