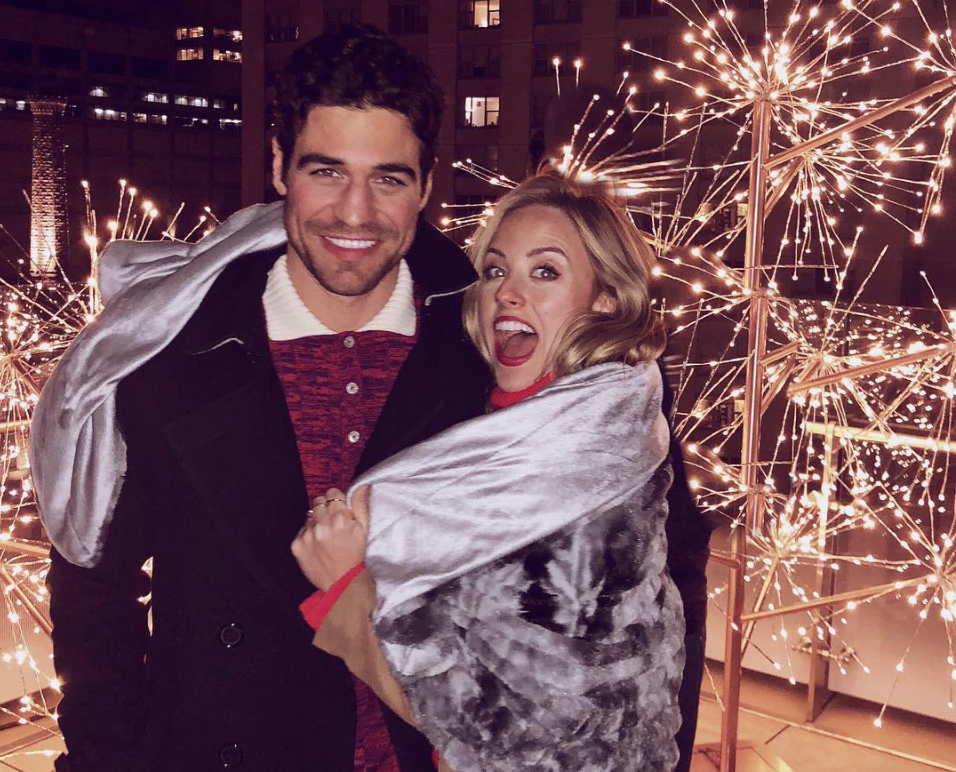 Joe Amabile and Kendall Long had a good run during the recent season of Bachelor in Paradise but in the end, Joe made the ultimate decision not to propose to his love interest Kendall at the time. Now, Joe is opening up about whether he made the right decision and where is relationship with Kendall is at now.

Does Joe Amabile Regret His Decision?

Joe Amabile told Life & Style that he doesn’t regret his decision to not propose to Kendall Long at all.

“No, we don’t regret not getting engaged on the show. We take it day by day and we really just enjoy hanging out with each other,” Joe told Life & Style.

Joe went on to say that now that Dancing with the Stars is over, they can finally start planning times they can travel after he appears in a few numbers on tour. By the looks of Instagram, the couple appears to be going strong this holiday season, posting adorable photos together with witty holiday captions.

Unlike couples like Krystal Nielson and Chris Randone, Joe and Kendall haven’t spent as much time planning a family and are using this time to have fun without the weight of an engagement, although Joe admits their relationship is pretty strong “so you never know.”

Joe Amabile, also known as Grocery Store Joe, had a short-lived time on Becca’s season of The Bachelorette before being sent home on night one. Still, Joe made a huge impact and became an internet sensation. Soon after he met Kendall Long on Bachelor in Paradise. Kendall was a contestant who made it very far on Arie’s season of The Bachelor.

Joe and Kendall were a fan favorite couple for quite some time on Bachelor in Paradise. The couple had their set of ups and downs including Kendall considering leaving Joe for Leo at one point. However, the couple pulled through, there was just no ring in the end.

Do you think Joe and Kendall are good together? Do you hear wedding bells in their future? Let us know what you think in the comments and be sure to watch Colton Underwood’s season of The Bachelor starting January 7 on ABC.