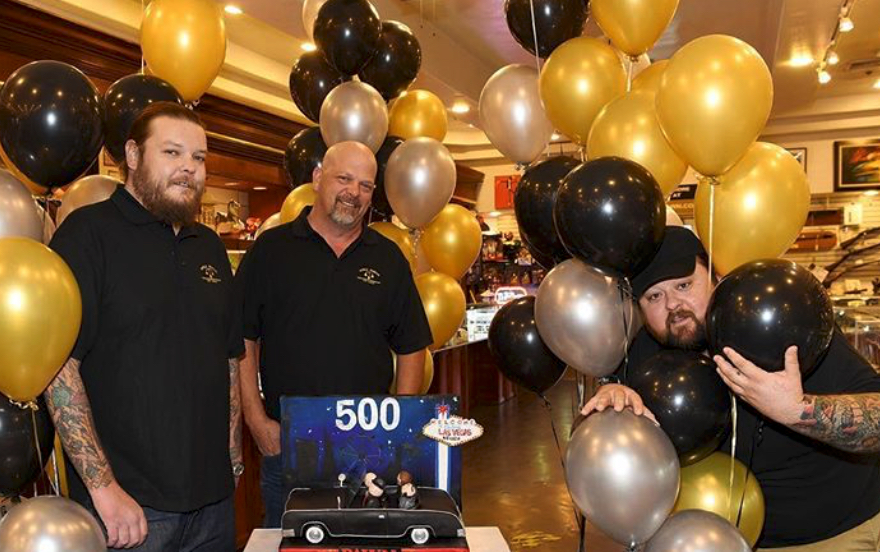 Pawn Stars 2019 is returning on January 21! Season 16 will be considerably different than the first fifteen seasons of the History Channel show, which is something Rick Harrison has wanted for a long time.  There will now be lots more fun, much more show and much less Chumlee. What do we know about the upcoming season?

There is a major time change for Season 16 that could surprise longtime Pawn Stars fans. The episodes have now doubled from 30-minute episodes to 60-minutes. This doesn’t mean that there will be more items to discuss, but instead, a lot more “deep dives.” Speaking to the Vegas Review-Journal, Rick Harrison explained that they will entertain fans by going deep into the history of the intriguing artifacts that come into the shop. Calling Pawn Stars an “armchair history lesson” the pawn shop owner and reality star knows that fans love to learn about history. Taking the time to discuss the items enables the show to “evolve” and “have more fun.”

What is also very different this season is that the History show will venture out from the confines of the World Famous Gold and Silver Pawn Shop. The Las Vegas-based show will venture beyond Sin City and hit the road to seek out intriguing historical items. Although Harrison could not reveal exactly where they filmed the sixteenth season, he did hint that they went “down South.”

Much Less Chumlee In Pawn Stars 2019

In Season 16 of Pawn Stars, there will be a noticeably less amount of Chumlee. No, Austin Lee Russell, better known as “Chumlee,” is not kicked off the show. Corey Harrison’s childhood friend and co-star is now considerably less in size! The affable reality star has lost over 114 pounds since his gastric sleeve surgery earlier in the year. Chumlee looks fabulous! He is newly engaged to Olivia and has expanded his dog family. After some recent personal struggles, life is now good for him because of all of the recent changes.

Fans may remember that Corey himself lost over 100 pounds a few years back by doing the gastric band surgery. When his doctor gave him a pre-diabetic diagnosis, he ran to have the surgery asap. He needed to use four credit cards to achieve this, but he lost the weight and has kept it off. What has been more of a challenge is that Harrison married wife Karina in 2017. Corey and “Kiki” were divorced early in the fall. Insisting that it was not personal, they cited the divorce was due to crazy and conflicting schedules. This was not all sad, as the former couple had a baby in October that they named Richard Harrison, after his late grandfather. You know that Richard would have loved this because it was a tribute to him.

Richard Harrison Will Be Remembered In Season 14

Fans of the show mourned the loss of the “Old Man,” Richard Harrison. The patriarch of the Harrison family died on June 25, 2018, at the age of 77,  a result of his battle with Parkinson’s. Harrison, a former Navy man had started the Las Vegas pawn shop with his namesake son, Rick. The Old Man was always portrayed as curmudgeonly, but that isn’t necessarily true. Chumlee has always insisted that the Old Man was like a teddy bear and always kind. Although History aired a Pawn Stars special to remember Richard Harrison, it is likely that they will give him a tribute during Season 16.

Are you looking forward to the supersized Pawn Stars? Let us know your thoughts in the comments. Don’t miss watching the new episodes of Pawn Stars Season 16 on starting January 21 on the History Channel.