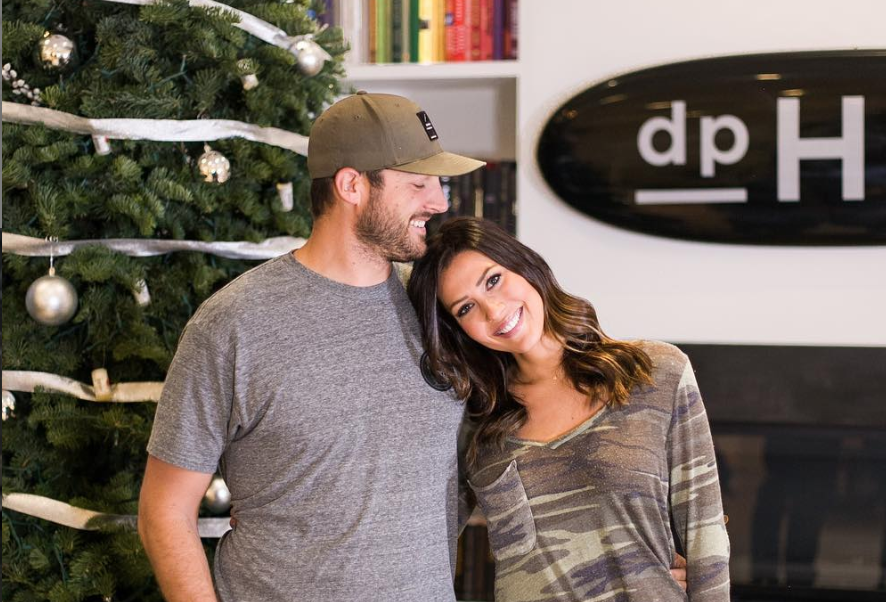 Becca Kufrin and Garrett Yrigoyen decided they would tie the knot after they both starred on The Bachelorette. Becca was previously dumped by the Bachelor the season before and was ready to find new love. Luckily she found Garrett and the two have been posting loving photos on social media ever since. Now, the two are looking to lay down some roots together and have already begun the house hunting process.

According to People, the adorable pair are looking for a home in San Diego. The two have been going back and forth between cities to stay with each other so a home they share in one location will probably be a very big relief to the pair.

Becca says that during their time with Garrett’s brother this holiday season they plan to look at some houses right after in January.

In addition to a new place to live, Becca also has plans to hopefully add a corgi to their family sometime next year.

“I want a corgi,” Becca told People “Garrett knows that.”

With a house under their belt, the pair may be able to finally start planning a wedding. However, the couple did say that they are not only using this time to get to know family members but also to better get to know each other. It doesn’t look like they are rushing to the big day.

The two haven’t come up with any plans yet including location or date. It also hasn’t been released if the wedding will be televised or not. Their whole relationship seems to have been televised though so it would make sense that they would want to keep this off the air and personal between them.

Adam Rippon was busy so this guy had to stand in ⛸⛸

Do you think Garrett and Becca are making the right choice by moving to San Diego? Do you think the two will ever get married? Let us know what you think in the comments below. Also don’t miss Colton Underwood’s season of The Bachelor airing this January on ABC.

‘Below Deck’ Daisy Has Drunk Regrets After ‘Sailing Yacht’ Reunion
Adam Busby Tricks Blayke, Lily, & Kenzie Into Eating Dog
‘The Young and the Restless’ Spoilers, June 21-25: Summer Gets Desperate
‘Love After Lockup’ Josh Behind Bars For Domestic Violence On Courtney
See Pictures Of Josh & Anna Duggar Like You’ve Never Seen Them Before