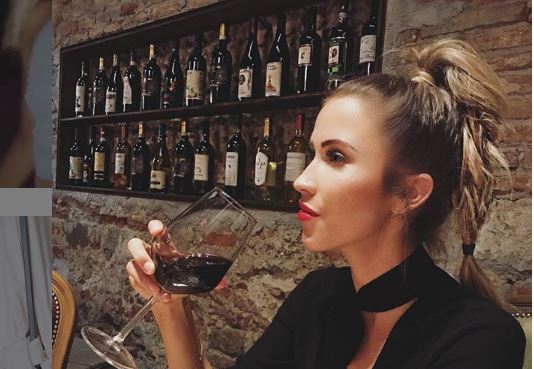 Not long ago, Kaitlyn Bristowe and Shawn Booth called it quits. She spent some time away from him in Canada and then they decided to call it quits. This leaves her single once again. If you follow her on social networks, you might notice that she has been flirting a bit with Jason Tartick. At one point, Jason was a fan favorite to be The Bachelor, but he didn’t get the job.

Reality Steve posted a podcast today that touched on this topic. He has been getting a lot of emails from fans about this possible couple. Everyone is noticing the flirting between these two.

He came on Bristowe’s podcast and it looks like they got along great. She posted the picture below when they met up for him to record it. In the comments, fans are going crazy about how much they ship this couple and want them to date.

Did a podcast with these little ass holes. Tune into @offthevinepodcast on Tuesday to hear Jason be a baby about turning 30, open up about his ideal girl, if he’s been dating, and if he knows anything about Buffalo. Plus, we all know Olivia never disappoints. #OffTheVine

So is it something?

Steve says that there is something going on between them. He doesn’t know if they are serious and doesn’t know the details. Steve even went on to say he doesn’t know their caller history or anything. It is just obvious they are flirting on social media and there is a reason for it. At this point, he has no idea if they are going to come out as a couple or what is going to go down. It will be interesting to see if this just goes away or if more information is revealed. Kaitlyn kept her split from Shawn a secret for a long time so who knows.

What do you think of Kaitlyn Bristowe and Jason Tartick as a couple? Let us know in the comments below. Make sure you don’t miss watching Colton Underwood as The Bachelor starting in January of 2019 on ABC. It looks like this is going to be an amazing season.

‘Sister Wives’ Kody Brown Accused Of Not Showing Up For Kids
‘The Circle’ River, Where Is He Now?
Check Out Kelly Clarkson’s Dreamy Debbie Gibson Cover
‘OutDaughtered’ Fan Drags Photo Of Hazel Busby, Too Much?!
Derek Hough Dishes On His Totally Embarrassing ‘DWTS’ Fumble