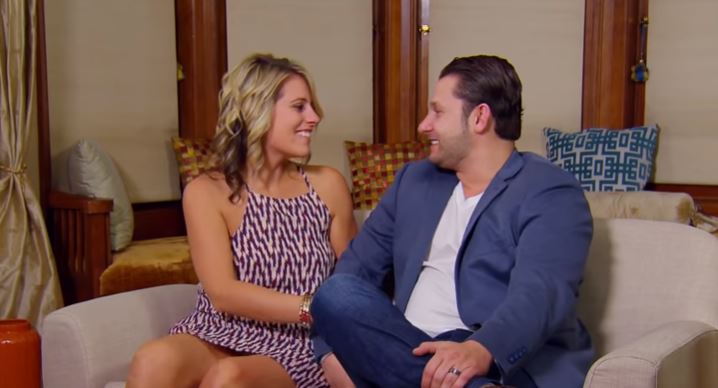 Ashley Petta and Anthony D’Amico of Married at First Sight just revealed big news. The couple already shared that they are expecting their first child. It will be a little girl. Now, the news is out that they recently got a new home. The couple shared about it on Instagram.

Ashley revealed on her Instagram page that it was just two months ago that they bought their own home. You know that this couple loved living in Chicago, but they made the decision to move. It sounds like they decided what would be best for raising their child. They didn’t explain where they moved exactly, but it sounds like it was a suburb according to her tags on the post. Since they moved a few months ago, maybe they will share the details on the finale or after it airs.

Two months ago we purchased our very first home! The decision to leave Chicago was a difficult decision to make but ultimately the best for our little growing family. 👨‍👩‍👧 We can’t wait to bring our baby girl home to our new house! Don’t miss the season finale of #mafshappilyeverafter tomorrow on @lifetimetv #adulting #partyofthree #pregnant #marriedatfirstsight #homeowners #citytosuburbs #chicago #suburbanlife

The season finale of Married at First Sight: Happily Ever After airs tonight on Lifetime. You won’t want to miss this big finale and get one last update on how all of the couples are doing now. This was a great first season full of updates from these couples. All three of them were expecting babies, which made for an interesting twist. Plus viewers love that these couples made it work. There is no news on Season 2 yet, but hopefully, it returns. It would be great to see how they do as parents.

Are you surprised that Ashley Petta and Anthony D’Amica are still together? Let us know in the comments section below and don’t miss Married at First Sight when it returns for a new season with all new couples. Viewers love seeing if a couple who never knew each other can make a marriage work.