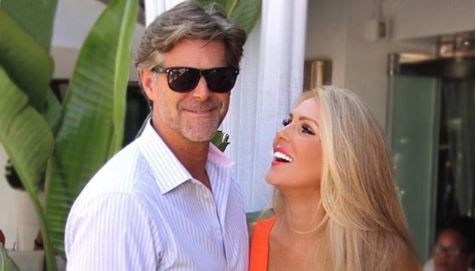 Gretchen Rossi of The Real Housewives of Orange County is expecting her first child with longtime boyfriend Slade Smiley. This couple has stayed out of the spotlight since she moved on from RHOC. They have been using IVF to get pregnant and it worked! Gretchen has made it clear she wanted a baby for a while now.

Gretchen Rossi will be on The Doctors today to talk all about her pregnancy. This will be her first time on television in a while. Gretchen shared saying, “Yes, finally we have news that we are pregnant! It’s so wild. It still doesn’t feel real.” The couple doesn’t have any children together yet, but Slade does have two boys from a previous relationship.

This journey has taken the couple over four years. That is how long ago they started IVF. Gretchen actually lost 14 embryos after the first round. She had to take a break after that because of course, that is heartbreaking. Finally, her dream has come true and she will be a mother. This is the first time they were ever even to implant an embryo. She did share that she is dealing with morning sickness that lasts all day long. The baby is due in July of 2019.

For some reason, Slade Smiley and Gretchen Rossi have never actually gotten married. These two seem like they are a great match and plan to be together forever. It will be interesting to see if they end up tying the knot now. The couple has been together for ten years.

Are you excited to hear that Gretchen Rossi and Slade Smiley are expecting a baby? Let us know in the comments section below and don’t miss The Real Housewives of Orange County when it returns to Bravo.