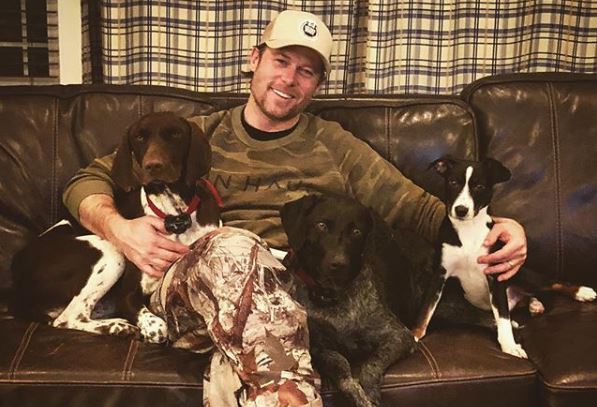 Jacob Young is available once again and he isn’t ruling out a return as Lucky Spencer on General Hospital. With all of the mentions over the last several weeks, could this be what viewers have been hoping for?

ABC Soaps In Depth shared that Jacob Young has a Lucky return on his radar, but short term only. The soap actor isn’t interested in signing a contract for anything and wants to keep his options open. This isn’t surprising given that he did not renew his contract as Rick on The Bold and the Beautiful back in May.

Stepping into the role of Lucky Spencer would be easy for Jacob Young as he has been there before. Viewers may remember him from his role, though Jonathan Jackson was the most talked about Lucky. Either way, bringing Young back in the role would excite a lot of General Hospital viewers who have been waiting to see him back in Port Charles. Some fans hoped that Jonathan would return after he was done with Nashville, but that didn’t happen.

Many ABC viewers will recognize Jacob Young not only as one of the Luckys from General Hospital but maybe even more noticeably from All My Children as J.R. Chandler. He was the son of Adam Chandler and caused his fair share of grief in Pine Valley.

There is plenty of room for Lucky Spencer on the General Hospital canvas. The storyline where Aiden is being bullied by Charlotte would be an appropriate way to enter the scene. They have talked about contacting him to help. Also, with Laura’s failed married to “Kevin,” having both her children in Port Charles for support would be good.

How soon could this happen?

It doesn’t look like this is something that will happen right now. Jacob Young has put out the feelers and he mentioned that Frank Valentini knows he is interested. Now, it is up for the stars to align and the powers that be to make it happen.

Here’s to hoping that Lucky Spencer sighting will happen in Port Charles, if only for a fleeting moment. With February sweeps on the horizon, it would be a perfect time for Frank Valentini to call up Jacob Young and give fans a few Lucky Spencer scenes for General Hospital. If nothing else, it will definitely give the ratings a short boost.