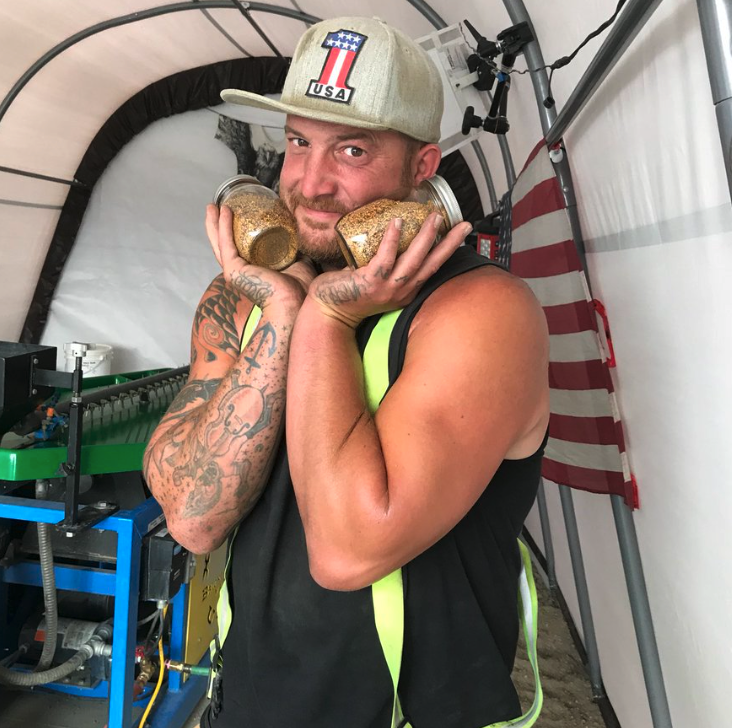 This ninth season of Gold Rush has been more about downs than ups, and this includes the latest episode entitled “Father’s Day.” It looks like everything is smashed and breaking down in this crazy episode. Tony Beets and Rick Ness seems to have some issues with machinery, but it looks like Parker Schnabel has that and even more woes.

Rick Ness Breaks The Scale, After Falling Into A Hole

The scrappy Ness team of miners are keeping upbeat despite a lot of crazy stuff happening this season. Although his team is new to mining, Rick Ness almost seems like a newbie himself this season. After last week’s crazy move of driving across a steep hole, this week Rick appears to be doing more of the same.

Rick calls his dad and tells him, “I think I found a sinkhole.” What is Big Rick, who appeared on the show last week, going to do about it? Apparently, just listen, as his son breaks his machinery in the sink hole. The theme of breaking continues as at the weekly weigh in, the scale breaks down, as Rick pours the gold onto the scale. In his affable way, Rick jokes how they broke the scale. The crew has a good laugh, which is a relief in what appears to have been a very challenging week.

Scales will be broken. ⚖️

This Friday on Gold Rush. pic.twitter.com/k76YNIm15D

Parker’s breaks are even more serious than Rick’s reckless breaks. Big Red is down with a blown tire. What makes that mechanical disaster worse is that master mechanic Mitch is not around. Parker’s day doesn’t get better as Brennan runs to give him some pretty bad news. Mechanic Chad has broken his hand. Parker rushes to camp to make sure Chad is doing ok. Injuries are a serious issue for a guy who runs a lean crew.

Chad Paullus is being treated by the camp medic called J.P. who is trying to help clean up Chad’s hand in the sink. Chad is clearly in pain. His hand is crushed! He is sitting in a chair, with his head down, as if he is trying to keep from passing out from pain and the loss of blood. J:P. instructs Chad to keep his head down as he probes the damaged hand, looking to see if there is a break. Chad explained that he had his hand between the jack and the leaf spring. The jack went and seriously damaged his palm. This looks like Chad’s season is over. Losing his welder cannot be good for Parker Schnabel’s season.

Gold mining can be a dangerous business. ⛑ pic.twitter.com/ne3LLUa5cB

Meanwhile, Tony Beets seems to have his own smashed up disaster. This cannot make Minnie Beets terribly happy.

What do you think about Gold Rush so far this season? Do you think that Rick Ness will get his 1,000 ounces of gold, beating out Parker’s first season? Let us know your predictions in the comments. Don’t miss watching the new episodes of Gold Rush Season 9 on Fridays on Discovery.