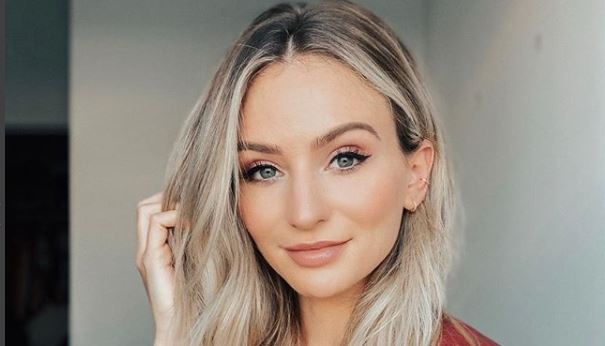 Lauren Bushnell won Ben Higgin’s heart on his season of The Bachelor. Although they were a cute couple, they didn’t end up making it. Ben later went on to star in The Bachelor Winter Games where he was emotional and missed Lauren. He wasn’t ready or able to find new love.

Despite the ending to their relationship, Lauren told Us Weekly that she has learned a lot from her past relationships and grown in the process and she is sharing what she learned to help others.

Ready to sparkle & shine this holiday season ✨ with the perfect party dress from @lulus! #ad #lovelulus

Ben Higgins taught Lauren a lot, but he isn’t the only man she’s dated and learned from. Her most recent break up was with Devin Antin. The pair broke up just this past summer. Lauren said it was time for her to figure out what she wanted for herself, not what other people want for her.

Now, Lauren is dating Chris Lane, a country singer. Bushnell is using her own advice now to make sure she is happy in her relationship Instead of letting other people’s priorities come before her own. It’s very important for Lauren to learn to do what she wants to do and not do things that other people, like her parents, want her to do. By the looks of her Instagram posts, she seems to be following her own advice well.

What do you think of Lauren Bushnell’s advice? Let us know what you think in the comments and don’t miss The Bachelor premiere January 7 on ABC.