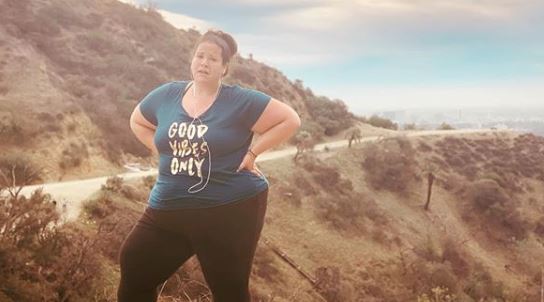 Whitney Way Thore is coming back for Season 5 of My Big Fat Fabulous Life. This season it turns out that Whitney is looking for a new kind of love. She is still single. Whitney does reunite with her friend Buddy, but that doesn’t mean he is the love she wants in her life.

Whitney Way Thore decides it is time to adopt

It turns out that Whitney Way Thore is ready for the love of her own child. So far, she hasn’t found love. Whitney decides that it is time to adopt a child. This will have her being a single mom, but she doesn’t mind. Whitney admits that she has been lonely for a while. It sounds like she wants that feeling to go away. If she isn’t going to find her husband, then she wants to be a parent regardless.

I know I told y’all I had a big announcement today, but it got pushed until tmw ? ? We gotta wait one more day! • photo by @toddturnerphoto #MyBigFatFabLife

What else to expect this season

Another big thing happening this season will be some tension between Buddy and Whitney. The crazy thing is until recently he was posting all about a girlfriend on his Instagram. Now, if you check Buddy isn’t posting about her at all and seems to have removed the photos as well. Did they split up or is he wanting viewers to wonder if he is dating Whitney Way Thore? Hopefully, that is all revealed in the upcoming season. It doesn’t really look like Buddy and Whitney will ever get together as more than friends. On a good note, he is sober now and doing great.

It looks like this is going to be a very interesting season of My Big Fat Fabulous Life. If Whitney does end up adopting, she has been able to keep it a secret from fans somehow.

Don’t miss the new season of My Big Fat Fabulous Life when it starts airing on January 1, 2019, on TLC. This will be the 5th season of the show.