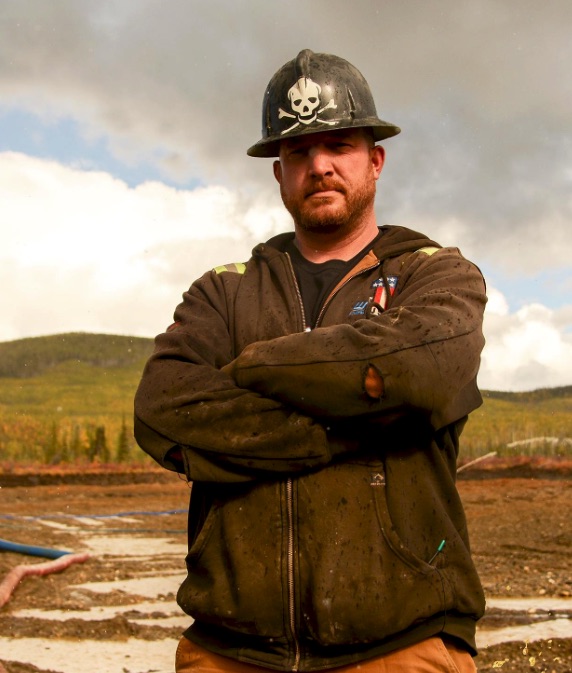 The Gold Rush crews are grinding it out, fighting with Mother Nature and the aftermath of damaged equipment from “Stormaggeden.” According to Discovery, this week new mining boss Rick Ness gets a little help from family. Meanwhile, Parker Schnabel and Tony Beets continue to struggle to get back to the top of the gold game. The preview for the season 9 episode entitled “Episode 9” demonstrate how gold mining is filled with unlucky surprises.

This week, Gold Rush fans get to meet Rick Ness’s dad, “Big Rick.” The preview shows that there is definitely some serious competition between father and son–and not just over their name. Rick tells the camera that it’s silly that his dad is called “Big Rick,” as he is bigger than his dad. But Rick Senior sees it differently.

Big Rick was originally going to spend half the season mining with his namesake, but his wife was not too keen on that. Then, it was whittled down to just two weeks. Freddy Dodge may have stayed longer with Rick than his own father, but it doesn’t matter. Rick Ness is clearly excited to have his father helping out and hanging out with the crew. Senior has a few stories about his son’s crazy youth that are entertaining to the new crew and Gold Rush fans alike. What secrets will Big Rick reveal?

All new episode of #TheDirt coming Friday at 8p on Discovery and Discovery GO. pic.twitter.com/Ry8M5EM1b7

This Gold Rush season started just as Season 8. Parker is miserable over the mining deal he made with Tony Beets. The only difference is that Parker no longer has his hardworking foreman Rick Ness. Tony Beets is also pretty surly towards Parker, but bookkeeper Minnie Beets always reminds her husband how Parker and his youthful crew are hard workers, and they help pay the bills. Those bills look like they will be piling up even further after the disasters previewed this week!

Parker’s biggest wash plant collapses and that alone could ruin his entire season. Meanwhile, Tony watches one of his expensive trammels get moved, only to see the chain break. This leaves fans wondering if Tony lost this important piece of machinery. We need to tune to Discovery to see if something miraculously saves Tony’s day.

Who do you think will get the most gold this season? Do you think that Tony Beets or Parker Schnabel will get 6,000 ounces of gold? Share your predictions in the comments, and don’t miss watching the latest episodes of Gold Rush Season 9 on Fridays on Discovery.