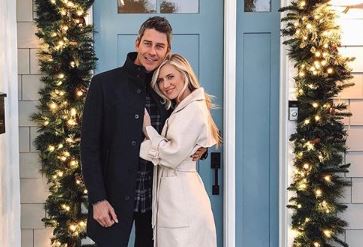 Arie Luyendyk and Lauren Burnham, one of the most controversial Bachelor couples has decided to tie the knot. Along with that, they have now decided on their wedding bands for the big day scheduled in January. Arie Luyendyk’s ring does look a bit familiar though, and for a good reason.

Arie Luyendyk picks the same rings as a former Bachelor

The ring Arie Luyendyk picked may look familiar to Bachelor fanatics. That’s because it’s the same ring that former Bachelor Sean Lowe also picked. Arie doesn’t mind though and even told People that he thinks its a “good omen.”

The band Arie chose is rose gold and platinum. Per tradition, the couple went to Neil Lane to pick their rings, so it makes sense that a ring that has already been picked got chose again. Lauren Burnham went all out with her band. It includes over 200 french diamonds. That’s just the way she wanted it.

“I had my eye on mine from the beginning,” Burnham told People “I love diamonds, what girl doesn’t?”

The couple shared their ring picking adventure on social media.

Thank you to our love child, Neil, for helping us choose the perfect wedding bands. We couldn’t be more thrilled to have you be part of our special day!?

Where are the couple at now?

The couple recently announced their pregnancy with their new baby. They know the gender but are keeping it a secret and aren’t revealing that to the public. The baby is due to be born in June and reportedly the pregnancy is going pretty well. Lauren suffers from bad morning sickness but sources say Arie has been supportive of Lauren through the whole process.

Despite Lauren’s pregnancy, they are still keeping their wedding in January. The wedding will be in Hawaii on January 12.

The couple admits things are going fast, but think the timing is actually perfect because everything in their relationship has moved quickly, Lauren told People.

Neil says it’s the “Rolls Royce” of his collection. Immediately I think elegant and beautiful which she is inside and out. These are the rings that we will grow old together with ❤️

Are you excited for Lauren and Arie’s wedding? Let us know what you think in the comments.

Don’t miss Colton Underwoods season of The Bachelor premiering this January on ABC.