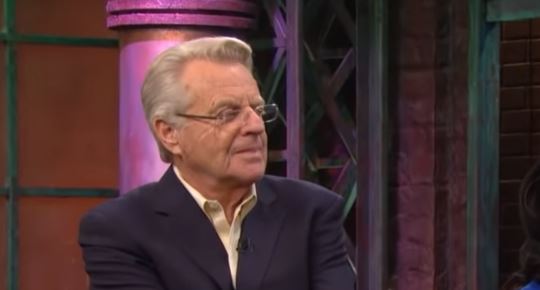 It turns out that Jerry Springer has a new show coming. It is called Judge Jerry. This will be a totally different show than his original talk show. Viewers are going to see a side of Jerry they aren’t used to seeing because he will be a judge instead of a talk show host. TV Grapevine shared all about this new show and the details.

This will start airing in fall of 2019, so it is going to be a bit before Judge Jerry premieres. It will be a 30-minute long show with Jerry Springer as a judge. There are several of this type of show out there already. It sounds like it will be similar to Judge Judy and The People’s Court. This show has a huge advantage though and that is Jerry Springer as the judge.

“‘Judge Jerry’ will merge Jerry’s talent for connecting with people, his incredibly relatable and funny personality and his legal training and governing experience to bring viewers a more entertaining court show. We are so happy to continue our fantastic partnership with Jerry, who is a proven TV icon with a dedicated and broad fan base.”

This show is going to bring on real people that have real cases. It won’t be fake at all, which is exciting. Jerry Springer is the type who will tell everyone exactly what he thinks. You know that a few people he has cases on are not going to be happy with the final verdict. Jerry Springer admits that he is excited to put his law degree to work. Obviously, his other show doesn’t use his law degree, but it makes him good money.

Are you excited to watch Jerry Springer’s new show Judge Jerry? Let us know your thoughts in the comments below. An exact air date isn’t out yet, but it will be coming in the fall of 2019.