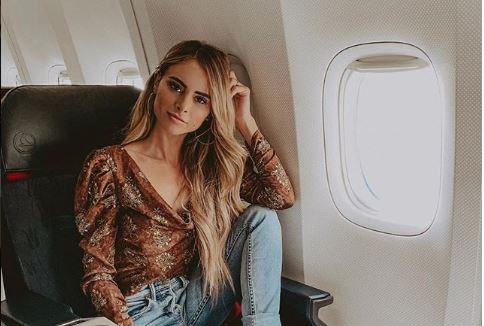 The former reality show star states during her Instagram Q&A, “She visits with her dad and I like to be able to call and FaceTime her and Charlie without having to call him.” She then adds “She knows she can always call me if she needs anything. I limit her time on it at home. Otherwise, she’d watch YouTube 24/7.” The majority of Stanton’s fans agree with her and relate to her. On the other hand, the rest think that Amanda is out of her mind for giving her 6-year-old daughter a phone.

Christmas tree shopping 🌲 last year we had a “Charlie Brown tree” and I loved it. But thinking of getting a different kind this year…maybe? What’s your favorite kind of Christmas tree?! Also, flocked or natural?

Another fan asked how strict the mother will be on her girls when they are teenagers. Just think about it, a lot of mother’s are strict on their teenage daughters! Amanda replies with “I struggle with this!” Her view on this is, “I know I want to let them be themselves and experience life and not be too overbearing. But I’m terrified.” She added. “I don’t ever want them to drive!!!!! I’ll drive them around til they’re 30. It scares the crap out of me. So we’ll see.” Fans then commented that all mothers could relate to that.

How is Amanda’s love life going? At the moment Stanton is dating Bobby Jacobs. They had an incident in Las Vegas where Amanda got arrested on one count of battery domestic violence, but they got over that bump and are better than ever. Most of her fans know her from Ben Higgins season of The Bachelor, Amanda got third place and then went onto Bachelor In Paradise where she met ex-fiance Josh Murray. She then returned for another season where she met Robby Hayes and was with him during the show. Viewers are really curious to see how long Jacobs and Stanton’s relationship lasts.

How do you feel about the situation and what would you have done differently? Let us know in the comments.

Don’t miss watching Colton Underwood as The Bachelor when it starts airing in January on ABC.