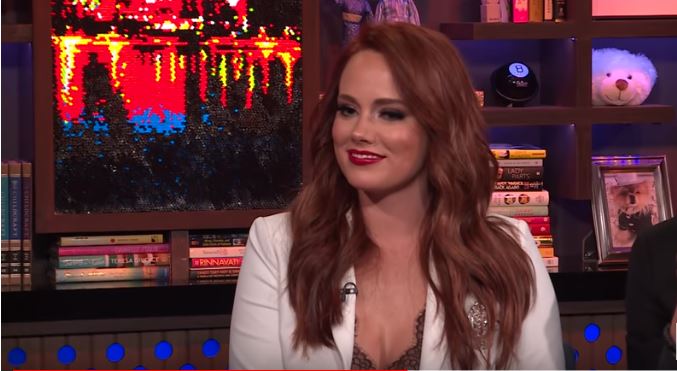 Southern Charm news is out and it looks like Kathryn Dennis may have a new man in her life. If the rumors are right, then she is dating someone that fans would approve of without a doubt. Kathryn Dennis and Austen Kroll spent Thanksgiving together. This got the rumors going wild.

They both shared the same picture on their Instagram that you can see below. It was obvious they were together, but neither one ever said that they are more than just friends. Kathryn teased that Christmas cards would be coming out soon. Austen did call her a friend saying he was thankful. He said, “Thankful for friends who reach out to come and hang with my loud and boisterous family. And for fam who support me and take cool and unprompted pics of me with my ? Love this Holiday ??⛳️?.”

So far Kathryn Dennis and Austen Kroll of Southern Charm haven’t admitted that they are more than just friends. Back in August, he shared a photo of Kathryn saying that they had a surprise birthday party for her. It sounded like these two have been spending a lot of time together lately. Austen and Kathryn do seem like a great match. If they are a couple, it would make sense that they would decide to wait to share the news until a new season of Southern Charm aired on Bravo.

Kathryn has been single for a while now since her big split from Thomas Ravenel. She does have two children with him. Austen would be taking on a lot dating a woman with two kids, but he seems like he could handle it.

Do you feel like Kathryn Dennis and Austen Kroll are more than friends? Let us know your thoughts in the comments below and don’t miss new episodes of Southern Charm when it returns to Bravo.

‘Below Deck’ Kate Chastain & Ben Robinson Get Cozy On The Couch
Wait, Was Anna Duggar Just Spotted For First Time After Josh’s Arrest?
Danielle Busby Brags She’s Not A Regular Mom, She’s A ‘Cool Mom’
‘DWTS’ Pro Gleb Savchenko Has Some Exciting News — What Is It?
Chris Harrison Responds To Matt James, Rachael Kirkconnell Dating, Plus Is He Watching Katie?