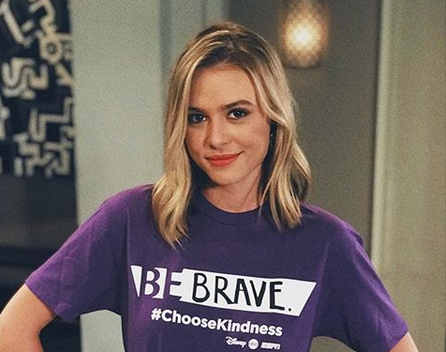 After months of speculation, General Hospital viewers finally saw what the writers had in store for the character of Kiki Jerome. It has been known for some time that Hayley Erin had scored a role on the Pretty Little Liars spinoff titled The Perfectionists. Initially, she said she hoped to stick with GH as well. However, that ultimately ended up not being the plan.

A while ago, rumors started to swirl that the character of Kiki would be killed off as one of Ryan’s victims. This week, fans saw it happen. Ryan Chamberlain killed Kiki to prevent Ava Jerome from leaving town. She had said she couldn’t stay in Port Charles if her daughter was there too.

Not only did Ryan kill Kiki and stash her dead body in Curtis and Jordan’s honeymoon suite. It also looks as if he’s setting Griffin Monroe up as a suspect. General Hospital spoilers tease that there’s much more to come with this storyline as the week continues and this death will impact many characters on the canvas.

Now, after months of having to keep this all a secret, actress Hayley Erin is confirming her departure and sharing her thoughts. The departing General Hospital actress took to her Instagram page to address her exit.

It’s obvious that Hayley is going to miss her General Hospital family and the role of Kiki that she took over several years back. However, it’s understandable that when she got offered her Perfectionists role, she couldn’t say no.

Erin’s Perfectionists role is a mysterious one at this point. Her character’s name is the only one of the cast not to be released yet. There’s been no official description revealed regarding who she will play. There are 10 episodes in the works and Hayley’s character is slated to be in all 10 episodes. At this point, the new series is supposed to begin airing on Freeform in 2019.

General Hospital fans seem fairly divided on the show’s decision to have Ryan kill off Kiki. Whether people love it or hate it, there’s no denying that this shocker will generate a lot of heartbreak and action throughout Port Charles. It will really shake things up because Kiki was loved by many.

Will you miss having Hayley Erin on General Hospital as Kiki? Are you glad they went this route with the character since the actress was leaving regardless? Will you be checking out the Pretty Little Liars spinoff next year on Freeform? Let us know your thoughts in the comments. Stay tuned for spoilers regarding where things will head next in Port Charles as this death causes shockwaves throughout the town.