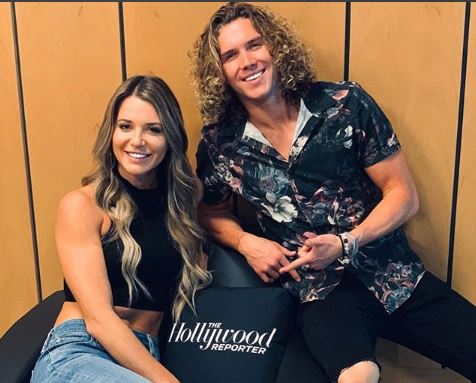 Big Brother 20 stars Tyler Crispen and Angela Rummans shot down all rumors about the two being on The Amazing Race. Fans were going crazy when they heard about the possibility of the game show power couple being on yet another game show. Crispen said in an interview, “Negative on that one,” but just because he said they aren’t doing one yet, doesn’t mean no forever.

Tyler Cripsen confirms if they are doing The Amazing Race

Tyler also said that he wasn’t against the idea, but that he’d stay true to his girlfriend and only do it with her because that’d be an amazing experience for them both. “We don’t have anything official yet, but we’re definitely open for anything right now. I would only do Amazing Race with her,” the former lifeguard stated. Angela then added to Tyler Crispen’s statement, “Absolutely, that would be amazing!”

Big Brother fans have already seen one of the fan favorite couples, Jessica Graf and Cody Nickson, go on the long journey of the Amazing Race. It wasn’t the most developing challenge for their relationship, but they did announce that Jessica is pregnant! The two also tied the knot, and this all happened in the last couple of months. Curious to know what the gender of the baby is? Well, it’s going to be an amazingly beautiful girl. The couple is ecstatic, Jessica shared about it in an interview. She said,  “I’m a little over 11 weeks and we plan on bringing our little angel into the world on April 11, 2019, just two days before Cody’s birthday,” she continued. “We’re honored to be adding the FIFTH Big Brother baby to the world! We can’t wait to meet you little one and we already love you more than anything!” How exciting!

Update on Tyler and Angela

Tangela fans are hoping to see the same outcome for the power couple soon! They are head over heels for each other so it hopefully won’t be much longer. Tyler Crispen even brought Angela Rummans back to his hometown to meet his family for Thanksgiving! Will they be going to Angela’s for Christmas? Fans are keeping track of their Instagram accounts. They love seeing all the cute couple pictures made by both of them! Fans and viewers are also hoping to see the loving couple on The Amazing Race soon, it would definitely make the relationship stronger and hopefully lead to lifelong decisions just like Cody and Jessica!

Make sure you don’t miss Big Brother when it returns with new episodes in 2019 on CBS.