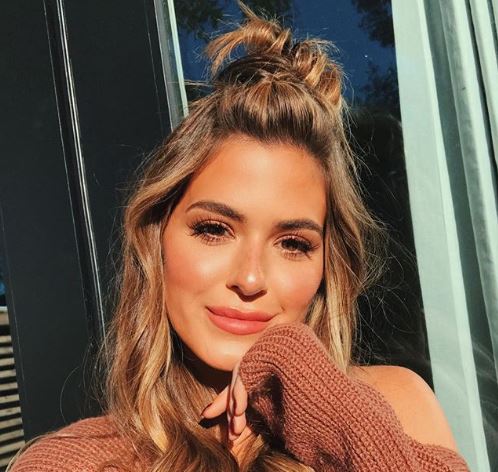 The Bachelor 2019 with Colton Underwood is about to start airing on ABC. In January, viewers get to see this new season. Some people aren’t big fans of Colton and also don’t like that they cast a virgin in this role. JoJo Fletcher of The Bachelorette is sharing why she thinks everyone should give Colton a chance.

JoJo’s thoughts on Colton as The Bachelor

JoJo talked to Bustle and didn’t hold back on her thoughts. She is one of the few people in Bachelor Nation who seems to be on Colton’s side. One thing that JoJo said is that she has never met The Bachelor Colton Underwood. That doesn’t mean that she doesn’t have an opinion on him getting the job, though. Here is what she had to say about it.

“I never like to say anything negative about people going into the situation. I know there may be people who have their doubts, but you’ve got to give everyone their chance. I think that no matter what people think of him, he will really enjoy this experience. Hopefully something great comes out of that.”

Another big thing that JoJo wants people to understand is that they shouldn’t pass judgment until they watch the show. Hopefully, Colton proves all the haters wrong and shows America a great love story.

Colton Underwood has already finished filming his season of The Bachelor. Reality Steve has already been able to share some of the spoilers, but they aren’t all out just yet. You know that he will have them before Colton’s season starts airing, though. Now everyone will have to wait on the spoilers to come out and see if Steve is right once again.

JoJo Fletcher is still with Jordan Rodgers, who she met and fell in love with on her season of The Bachelorette. These two haven’t tied the knot yet, but they are still doing great. A wedding will probably come soon and they also admitted they want babies in the future. They are just taking their own time and not rushing anything. A few other couples have rushed to the altar, but they will get married when it is the right time for them.

Colton Underwood’s season of The Bachelor will start airing on ABC in January. Don’t miss watching it and seeing if he ends up doing a great job in this role.

True Reason Behind Amy & Matt Roloff’s Divorce: When & Why
‘LPBW’: Why Tori Roloff Doesn’t Clap Back At Mom-Shamers
Ariel Winter Puts Cleavage On Display In Shirt With Plunging Neckline
‘1000-Lb. Sisters’ Rumor: Wait, What is Amy Halterman Retiring From?!
’Record Of Ragnarok’ Season 2 On Netflix: Canceled Or Renewed?