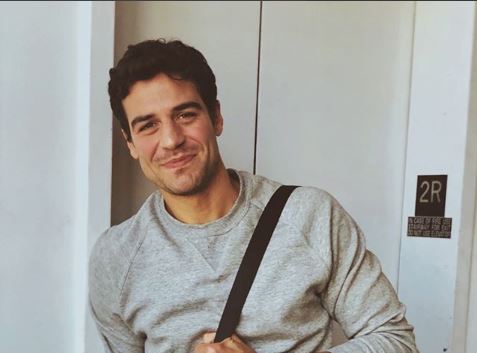 Bachelor in Paradise stars Joe Amabile and Kendall Long met and fell in love on the show. These two have been together all the time since Joe was in LA and filming Dancing With the Stars. Everyone saw her in the audience cheering him along each week. Recently, they had to take a break from each other, but it didn’t last for long.

Now fans are wondering if Joe and Kendall can make it long distance. Joe went to his Instagram this week and shared that they had to spend Thanksgiving apart. That doesn’t mean that they didn’t talk, though. Joe shared a picture that showed the two of them FaceTiming to talk to each other. This is a great way to stay in touch when you have to be apart.

Joe Amabile was back in Chicago again. Kendall actually lives out in California. It looks like it didn’t last for long, though. Joe is already back in LA with his girl. It looks like they took the big step to move in together according to what Kendall Long has been sharing on her Instagram story. They were even putting together furniture, which is never easy so this will teach the couple a bit about how they work together.

As soon as they finished their time on Bachelor in Paradise, Joe was headed off to LA to prepare for DWTS. That means they haven’t spent very much time apart at all. It makes sense that he would want to move and be there with her now. So far, Joe Amabile hasn’t proposed to her. It wouldn’t be shocking at all if he ended up popping the question soon. Hopefully, these two find a way to spend Christmas together since he is moved and is back in LA again. Bachelor in Paradise couples seem to stay together more than couples from The Bachelor or The Bachelorette.

So far, it looks like Joe Amabile and Kendall Long are doing great! Don’t miss watching Colton Underwood as The Bachelor when it starts airing in January of 2019 on ABC.