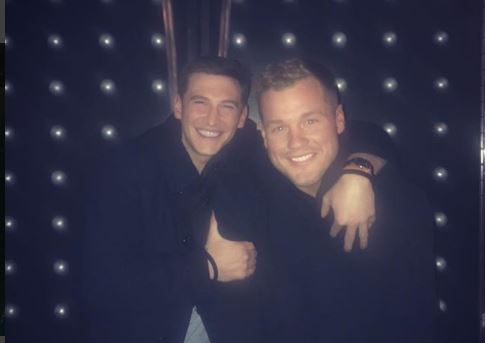 Fan loved reality star Ben Higgins will be making a special guest appearance. Colton and Ben are both from Colorado, so what will they have in mind? Ben Higgins has also made some comments about how he wouldn’t be against being The Bachelor again. How would you feel about that? Lots of fans would be all for it, but others feel like he already got his chance.

If you didn’t know already, Colton Underwood is a retired football player. The reality tv star never made it to any season rosters due to injuries which then made him retire but, he played a tight end for the San Diego Chargers, Philadelphia Eagles, and Oakland Raiders. Colton probably wouldn’t be anywhere near any reality shows if his football career stuck. He would be perfect for a football date on his season.

This weekend join me in supporting the fight against Cystic Fibrosis. My cousin was diagnosed with CF at birth and I have seen how resilient, strong-minded and inspiring these CF warriors can be. We are having a LEGACY Black Friday sale on all our shirts and sweatshirts…Christmas shop for a reason this season. Visit the link in my bio or swipe up on my story. I LOVE YOU ALL in advance. ✌🏼🤙🏼❤️

Twenty seconds of the 90-second preview was focused on Underwood’s virginity, especially the comment, “What does he have to lose?” Lot’s of girls ask, how is he a 26-year-old virgin? Viewers will find out more this season. In the preview there are lines heard stating things such as “I have not dated a virgin since I was 12,” so what’s kept him from it? Regarding everyone’s curiosity, fans are hoping the majority of the season won’t just be about Colton’s sex life, but more of the drama and romance. Colton has been open that it was his personal decision and that he isn’t saying he is waiting for marriage.

Surprisingly, Colton was not everyone’s first pick for the starring role this upcoming season. Lots of fans would’ve preferred to see last season runner-ups, Blake Horstmann or Jason Tartick cast in the role.

Wondering when you can see the drama of this upcoming season unwind? Monday, January 7 at 8/7 central on ABC the new season will start. How much drama will we see between the girls? Where will the dates take place? Who will be your favorites? Watch the juicy upcoming season of The Bachelor on ABC.